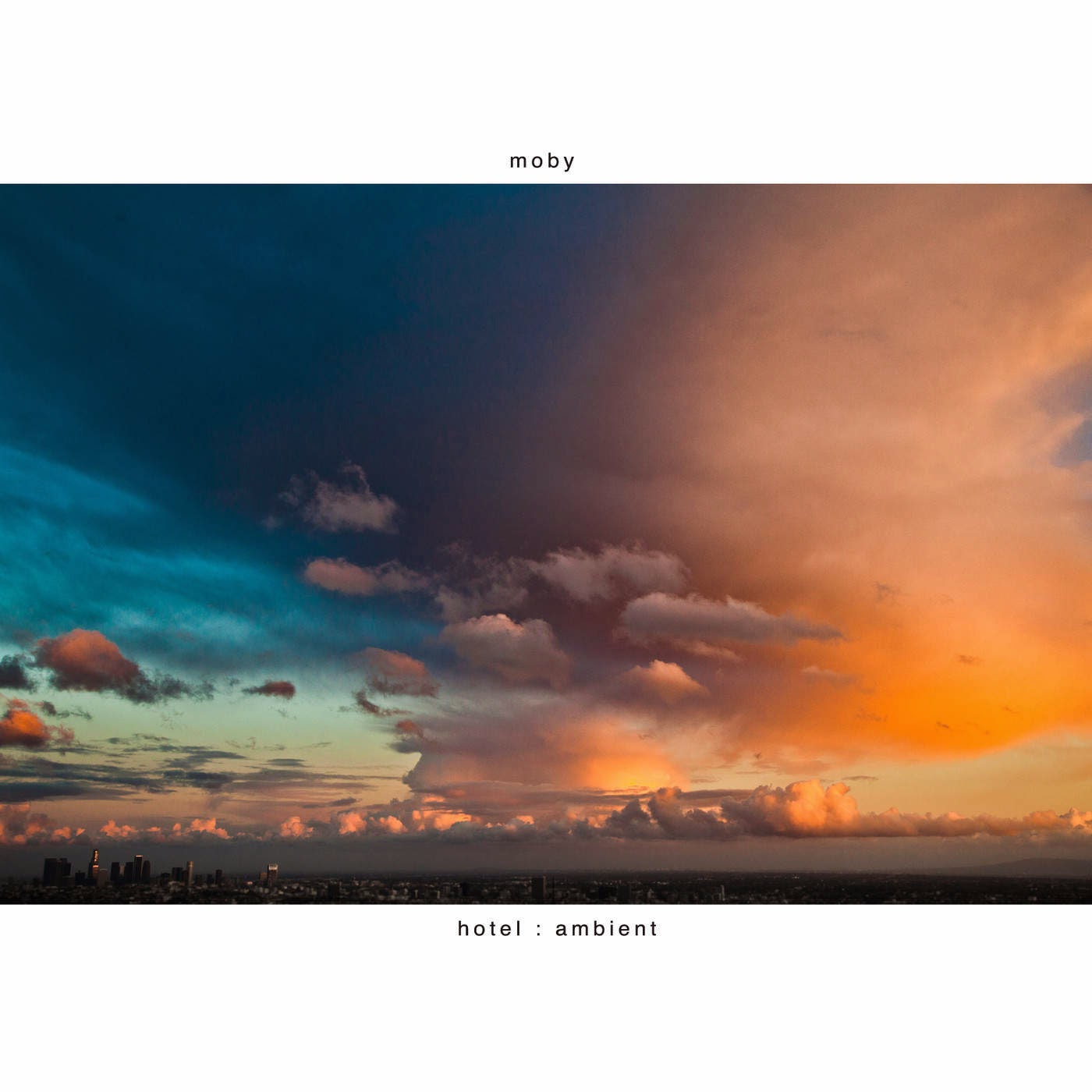 I touched on this last year in my write up of his excellent Innocents, but in 2014, admitting that you like Moby is a bit of an #unpopularopinion, at least if you consider yourself to be some kind of music elitist.

I have no problem admitting that I like Moby. I think his last three studio albums have been great, and that he’s settled into this “I do what I want” mindset with his career where he doesn’t have to pull in big name vocalists for songs (but sometimes he does anyway) and can make a record that blurs pop, ambient, and electronic music all together to make for an original and compelling listen.

In 2005, I was not that into Moby, however. I had slept on 18, and when he released Hotel, I was a senior in college and I was a little like, “eh, whatever man.” About four years later someone told me that the original pressing of Hotel came with a bonus disc called Hotel: Ambient, comprised of ambient and minimal reworkings of the Hotel tracks. This is something Moby had done in the past on Animal Rights. These editions of his records are rare, and the man himself recently admitted that he didn’t even have a copy of Hotel: Ambient, and did not have an idea of where to find one.

Arriving just in time for the holiday season, although the pricey physical copies of this will actually land in February, Moby has re-released Hotel: Ambient in an expanded format, including a long running version of a song, and pieces not included on the original release.

Given the name of this album, Hotel: Ambient is precisely what you’d expect. It’s ambient music. It’s a little more intrusive than, say, Brian Eno’s Lux, cycle, but it’s also not music that you can really jam out to, or whatever.

With that being said, the music on Hotel: Ambient is very deliberate in its restraint and execution. It’s contemplative, somber, and slow. Oh how it is slow! It’s slow like the director’s cut of a film about molasses rolling up a hill. But that is okay! It’s exactly what you’d want in a marquee name putting out an hour and forty minutes worth of ambient music.

Because there is just SO MUCH to work through on Hotel: Ambient, it’s honestly best to break it up into small batches. And because there is little variation between some of the pieces, it all honestly kind of starts to sound a little samey after a certain point. But maybe that’s also because the original version of “Live Forever,” and the extended version of it are sequenced very close together on the album’s second half.


And it’s not all totally ambient. The first couple of tracks are more “minimal techno,” primarily because they include simple, glitch beats—like the bouncy opener “Swear” or the slow burning double shot of “Blue Paper” and “Homeward Angel”—and are not just long stretches of chord changes.

But hey, long stretches of chord changes are okay, too.

Here’s the deal with Hotel: Ambient—it’s certainly not, like, an essential listen. It also doesn’t set out to be that. It’s not fooling anyone. The enjoyment of this record lies on if you are a fan of Moby, and a fan of ambient and/or electronic music. And unlike a lot of records in 2014—whether reissues or otherwise—this is at least able to transcend my standard “it’s not good, it’s not bad, it simply exists” write off. It’s by no means an interactive album—I mean, it’s pretty darn quiet at times, so it doesn’t ask a ton of you as a listener. But it’s interesting. And like all good, or at least well-thought out electronic or ambient music, there are moments when those long stretches of chord changes evoke some emotional reaction from you if you allow yourself to become wrapped up in them.

Hotel:Ambient is out now as an mp3, with overpriced LP and CD sets arriving in February 2015.