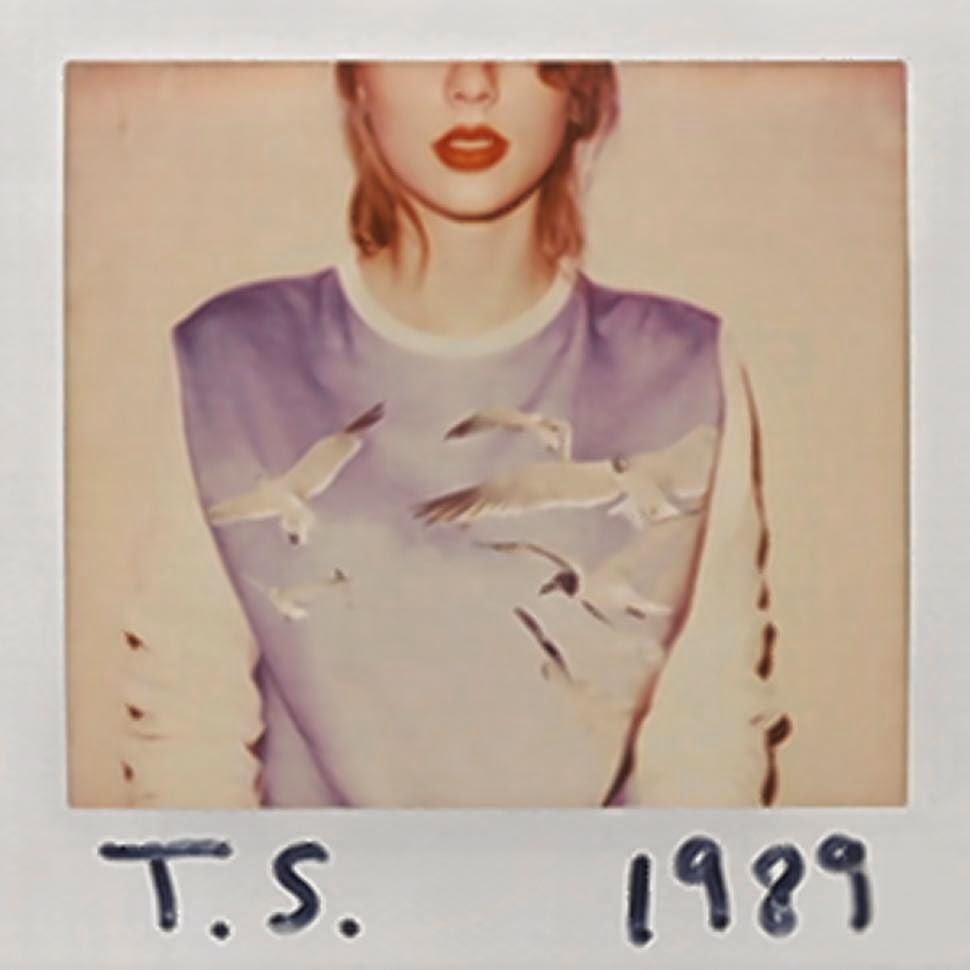 This all sounds exactly the same…

So maybe subjecting my wife to the new Taylor Swift album, 1989, in the car, as we sped down the highway was a horrible idea.

It’s really tough to hear the music in our car, you see, unless you have it cranked up incredibly loud. Our car is older, and when you’re doing 70+ MPH, just she sheer noise of world rushing by outside the closed windows still leaks in. So at a low level, we listened to 1989.

And it was around the time the single, “Shake it Off” came on, that I realized two things: a) 1989 is the “big dumb pop record” of the year, stealing the spotlight (and rightfully so) from upstart Arianna Grande; and b) 1989, and hell, maybe Taylor Swift, are both like Batman—this record is not the pop record we need in 2014, but it’s the pop record we deserve.

It’s difficult to imagine that just eight years ago, Taylor Swift was a somewhat derpy looking teenager who took the world of pop-country music by storm with her self-titled debut. She has come along way—a far cry from the frizzy haired, awkward looking girl featured on the cover who cried teardrops on her guitar. Now, if anything, it’s teardrops on a wall of synthesizers and drum machines.

I don’t even know where to start with 1989. I stop short of saying it’s unlistenable because it can’t be unlistenable—it’s pop music. Pop music that has been labored over by hit-maker Max Martin. But there, in lies, the rub: it’s so labored over to be catchy and affable, that any kind of lyrical depth doesn’t so much take a back seat to hooks and big sounding moments—it’s just stuffed in the trunk, almost forgotten about completely.

1989 gets off to kind of a rough start—the opening track, the maligned “Welcome to New York,” and its immediate follow, “Blank Space,” are in a sense, both awful. As is the third track, “Style,” which is only saved its preposterously catchy refrain—despite being musically derivative of early 80s pop and lyrically insipid.

It’s actually the track that my wife balked at the most, which in turn made me shut off the album and turn the radio on for the rest of our car ride, that I really like the most out all 13 tracks on 1989. “Wildest Dreams” arrives late in the game—within the last third of the record, but there’s something incredibly admirable about how evocative the lyrics are (yes, even though they are still so fucking vapid) and how minimal the production is. Coming after so many countless “big pop moments” it’s refreshing and grabbing to hear a powerful synth driven ballad like this.

But yeah, “Say you’ll remember me, standing in a nice dress, staring at the sunset,” is horrible. Like that’s what my wife got mad about the most, was that lyric right there.

Because Swift herself is credited as a writer on all 13 tracks, this album is inherently about her—more specifically, her headline getting love life with other famous boys, making for short-term relationships, then eventually making lyrical content. “I go on too many dates, but I can’t make them stay—that’s what people say,” Swift boasts in front of the big beat production of “Shake it Off”—a song where she eventually raps, kind of, in a bridge section.

And yeah that’s about as cringe worthy as you’d imagine it being.

Swift’s self-awareness, to an extent, comes off as being very aloof—like she’s giving one big “Kanye shrug” to the notion of her personal life becoming the fodder of both tabloids and the songs she sings. “Saw you there and I thought ‘Oh my God, look at that face, you look like my next mistake…And I know you heard about me, so hey, let’s be friends—I’m dying to see how this one ends. Grab your passport and my hand. I can make the bad guys good for a weekend,” she confesses within the first verse of “Blank Space.”

“Bag guys” are an image that she continues to come back to, as well as the fact that even though she is a “good girl,” well heck, she has feelings too—“Got that good girl faith and a tight little skirt,” she coos on “Style.” Swift, despite being an adult pop star, is still maintaining some kind of gold-flaked paint façade within her lyrics. She doesn’t drip sexuality the way contemporaries like Katy Perry or Miley Cyrus does, but it’s there, buried in the context, dressed up in PG-13 imagery.

Musically, even when the record isn’t dripping in saccharine, sounding exactly the same, every song comes off sounding like it was written to eventually be used as bumper music on a talk radio station. And what I mean by that is this: I used to listen to this talk/gossip station based out of the Twin Cities (My Talk 107.1.) When they came back from commercial breaks, they’d play the refrain of a pop song, and bring the show back in after the refrain was over, before the next verse started—with the on air talent saying “Welcome back,” in the space created by a musical pause, if you will.

During my initial listen of this record, there were countless moments where the refrain finished up, and before the second verse starts, there’s that pause, and I could almost here someone saying “And we’re back!” as the beat keeps going underneath them.

1989 is a big, colorful album that attempts and at times succeeds in distracting the listener with slick production and Swift’s flat and compressed vocals. The heart of the record is that there really is no heart—Swift, herself, is a character, or a caricature: she’s the girl who grew up in the industry, dated famous men, broke up with famous men, wrote songs about those famous men, then went on to say “Shucks you guys, isn’t my love life HILARIOUS?” It barely makes for a compelling listen, let alone an idea to be stretched out over 13 songs. Swift is often commended for the fact that she writes her own material, and that’s all well and good, but what does that say about her as a songwriter when she’s turning out the equivalent of a toothpaste commercial? I can usually find SOMETHING to like on a pop record, but in this case, it’s a difficult task. Swift is not an artist; she’s a singer, or a performer. This is more or less a well-designed product as opposed to an album.

I feel like I’m doing this wrong, however. I feel like in Swift’s attempt to be affable with an album made to feature “something for everyone” (80s synth pop, songs that sound like Haim should have written them, and a Katy Perry dis track that sounds like a Katy Perry song) and in hipster/indie culture’s continued appropriation and gentrification of Top 40 Pop—well shit, I feel like I am supposed to love this album. But I don’t.

There are certainly things I can appreciate about it. And despite the flack that “Wildest Dreams” is getting from the fanboys on the internet (writing it off as a Lana Del Ray b-side) it’s still the only moment out of nearly an hour’s worth of music that stands out for me as something remotely memorable. The rest is just today’s catchy hook that will undoubtedly not stand the test of time, only to be replaced within weeks by that day’s catchy hook. It takes work to actually make “pop” music that is meaningful and not just a stick of Fruit Stripe gum. Swift’s ascent to a marquee name and a straight up pop darling is certainly admirable—she certainly worked hard to get where she is today, but what, exactly, did she produce in the wake of all that hard work?

Maybe it doesn’t matter. Maybe all she wants is to be remembered, standing in a nice dress while staring at the sunset.

Maybe that’s what we all want deep down.