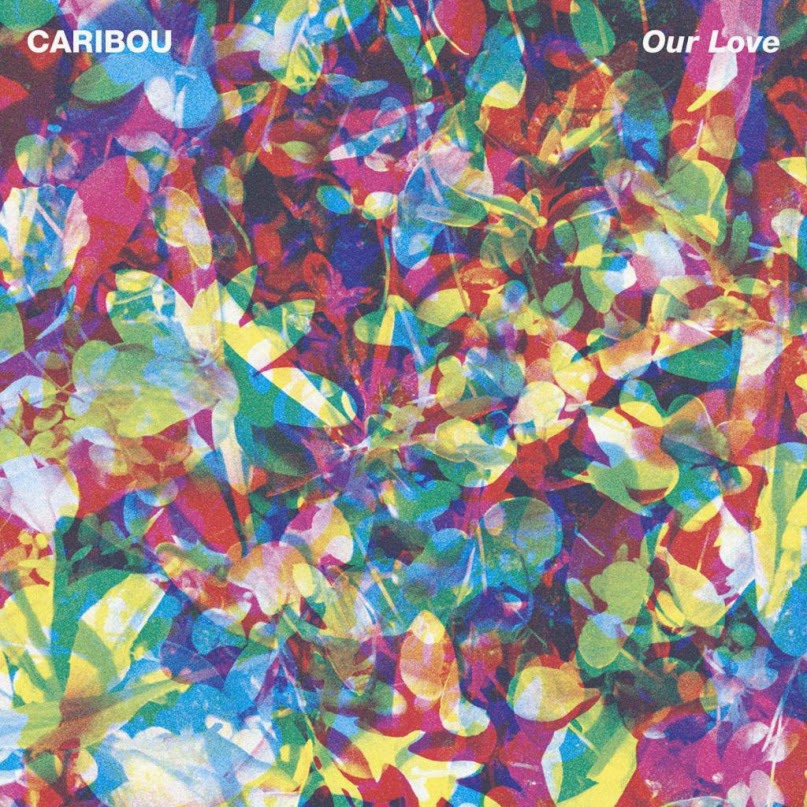 I get the impression that I am supposed to like the music of Caribou.

Not just because the name is similar to my favorite chain coffeehouse, but because I have both an interest in beat-oriented electronic music AND indie rock, Dan Snaith’s project seems like should be speaking not only to members of my demographic (white bearded men) but DIRECTLY TO ME.

The last time around with Caribou was in 2010, with Swim, and album that I probably listened to once and promptly never listened to again. It was during this time that I had a radio show, so I believe I probably played Swim’s lead single “Odessa” a few times on my show because it was a new and popular song—I seem to recall it being very big with the Public Radio crowd.

And now here we are at the ass end of 2014 and Snaith is back with a new Caribou LP entitled Our Love, a record that had been sitting on my desktop for, like a couple of weeks before I started listening to it. And once I did, finally get around to listening, I thought to myself, “Yeah this okay.”

Upon further listens, however, Our Love is the kind of album that I can see myself going back to outside of reasons for writing this review.

That’s not because it’s a bad record. But it’s also not, like, mind blowing, or original, or memorable. It’s a record. Like many records released in 2014—Our Love begins, and ends, and in the middle there….music happens. It’s not bad music. It’s catchy and sometimes the production work is interesting, but it’s also incredibly repetitive. Of the album’s eleven songs, many of them are based around one very simple idea, and that is expanded on then subsequently worn out over the course of the song.

Maybe I was initially fooled because my first listen took place at a Caribou Coffee. How meta is that?

Musically, Snaith relies heavily on warm analog synthesizers, beats, and vocal manipulation, occasionally bringing in live percussion, like on the album’s opening track, “Can’t Do Without You,” a song that despite it’s best efforts to be affable, it sets the stage of the kind of monotonous, unthreatening “cool dad electronic” music to follow for, like 40 minutes.

One of the big issues for me with an album like this is that so much of it begins to sound the same that, over time, it’s tough to tell when one song has ended, and when the next one has started. Then eventually it stops, and you are like, “Oh I guess that was it.” The only track that really stands out is “Second Chance,” and that is mostly due to the appearance of vocalist Jessy Lanza who brings a smooth R&B flow to the song. It’s an odd juxtaposition—musically, the song relies on heavy synth sequencing, and it seems like it is always on the verge of taking off, but never does.

But even if it’s a bit out of place, it’s still the most memorable moment throughout the entirety of Our Love.

The whole stagnant idea of being on verge but never quite getting there could actually be said for, like, this whole album. It plays it safe, never wanting to leave the tepid, middle of the road zone it settles into. Through the sheer repetition of musical ideas and phrases, some of Our Love is rather infectious. But being able to write a catchy hook doesn’t mean that it’s truly memorable.

Our Love is out Tuesday via Merge.