I presume that longevity, as a performer in the music industry, is incredibly difficult. How do you continue to record new material, and make your fan base care about that, as time goes on? How do your fans grow with you? Or is it a case of arrested development (not the band, not the show) and that after a certain point, nobody gives a shit about new songs from you—you go on tour, and the crowd just wants to hear the hits that they know the words to?

The idea of both Better Than Ezra AND Counting Crows releasing new albums within a week of one another, in the year 2014, is a ridiculous prospect to me, and my reaction to it was pretty much a wee-bey.gif. Both are bands I once loved dearly when I was younger—I loved Better Than Ezra so much that I decided to write a thinkpiece last year on the 15th anniversary of their much maligned third album, How Does Your Garden Grow?

And both are bands that I stopped paying attention to about five or six years ago—with the Counting Crows, it was after their fifth studio album, 2008’s Saturday Night and Sunday Morning; a long gestating record, it failed to deliver on the “gritty” tone that had been promised in the months leading up to it. It was just another overproduced, at times saccharine, album from Adam Durtiz and company.

Similiarly, with Better Than Ezra, their last album was released five years ago—2009’s Paper Empire. I did legitimately like the single: the anthematic “Absolutely Still,” but at the time (preparing for my wedding) I wasn’t buying a ton of music. This was before I really knew how to use the internet to…obtain…albums, and after sampling the record on a listening station at a Barnes and Noble, I was a little leery of buying it. 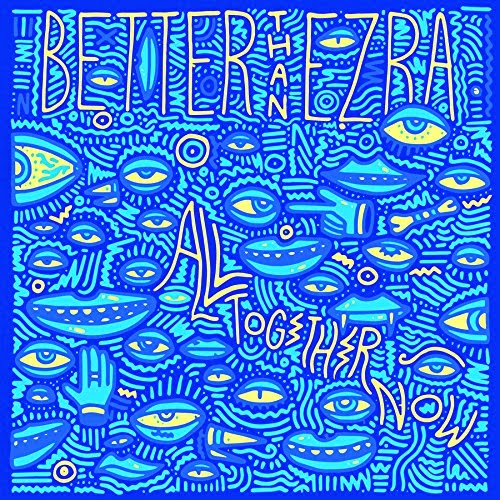 In the press materials for the new Better Than Ezra album that I read online, it mentions that the band recorded it “together” in a studio, rather than relying so heavily on Pro Tools and overdubbing, which was apparently how they made Paper Empire. Griffin says, “These days with digital recording, Pro Tools etc., you can really put an album together piecemeal… (producer) Tony Hoffer has a magical room in Highland Park, CA, and we just set up shop there. It’s no coincidence that the record has a vibrancy that I think our last album lacked.” Which basically tells me that he thought their last record sucked big time.

But hey you guys. It’s okay. This one is way better.

Only not really. All Together Now does not sound like people made it; let alone three people operating as a band in a studio space. Falling into Coldplay territory (“big pop” Coldplay) the moment I hit the play button on this record, I started cringing, and it never left my face.

Getting back to the aforementioned question of longevity in the industry, when is it acceptable for a band to dramatically change their sound? How Does Your Garden Grow was not so much “commercial suicide,” but it was hard to access. And even at its poppiest and goofiest moments, there was still something endearing about just how weird and experimental it was.

I don’t know if getting dropped from their label because of that record sent BTE back into some kind of safe/tepid zone for songwriting, but their last 13 years of material (only four record, really) have all been very sterile sounding. There’s both an odd mix of humor and earnestness in their music, and it isn’t very palatable at times. Long gone are the guitar driven rock sounds of “King of New Orleans” or even “In the Blood.”

I mean, the opening line of “Crazy Lucky” is probably one of the worst things I have ever uttered in pop music—“There are six and three quarter billion people in this world, And 51 percent of them are girls. You roll your eyes like I'm full of it—but I Googled that shit.”

All Together Now is insipid, even for pop music, making an album like Katy Perry’s Prism look the lyrics were co-written by David Foster Wallace and Christopher Hitchens. It’s insufferable, and borders on unlistenable.

The new album from Counting Crows, Somewhere Under Wonderland, is also insufferable, insipid, and unlistenable, but in a slightly different way. As a figure in popular music, Adam Duritz’s personal life (balling his way through young female actresses) somewhat overshadows the band’s music, which has, within the last 13 years, become incredibly uninspired and bland. The last time the band sounded urgent was in 1999, with This Desert Life, but since then, the expression “diminishing returns” doesn’t even begin to describe their output. 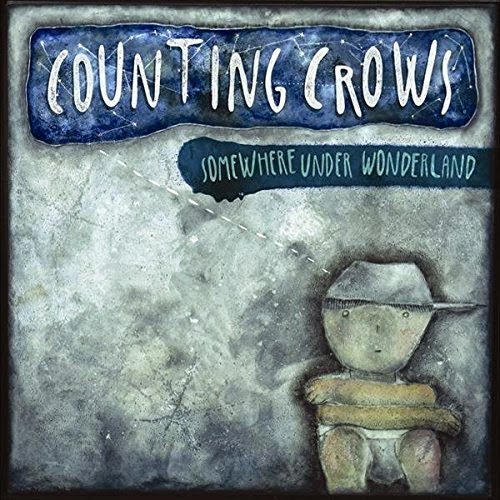 There are a lot of big, loud sounding guitars on the record, maybe in an effort to harken back to Recovering The Satellites, but those songs actually had some depth to them. There is little to no depth anywhere on this album, though throughout the nine tracks, Duritz postures like the dreadlocked poet and tortured soul he still believes himself to be, and lyrically, I think I injured my eyes I was rolling them so hard at this shit show. Musically speaking, on Somewhere Under Wonderland, the band seems to be going out of their way to remind you that they are, also, in fact people in a studio—with many drumstick count offs being left at the beginning of the tracks. Working with producer Brian Deck (of Iron and Wine, and Modest Mouse fame) the band has opted to scale back on Deck’s studio effects and trickery, in favor of a bland, adult contemporary, easily forgettable sound.

In attempting to make it through both of these records, I had to wonder about who the intended audience is. The Counting Crows still have a following, I guess, with Somewhere Under Wonderland making it into the top ten records on the Billboard chart. I guess I need to check myself before I wreck myself, and not limit my music news to Pitchfork—because I seriously had no clue that this album came out or that it was something that people apparently needed in their lives.

No offense to Better Than Ezra, though, but I have to wonder if All Together Now will even “chart” as they say in the biz. The band still tours regularly, and has a huge following in their native Louisiana, but if you went to see them at, say, the Varsity Theatre in Minneapolis, how many people are really going to want to hear new material? How many people are just going to scream “Shut up and play ‘Good!’”

In the movie High Fidelity, Jack Black’s obnoxious character asks the question “Is it better to burn out, than to fade away?” Both products of the 1990s, Better Than Ezra and Counting Crows could have bowed out somewhat gracefully at decade’s end, but instead, they both chose to solider on, not so much damaging a “legacy,” but filling their canon with what, to me anyway, is just disposable and forgettable, making them both those bands that you used to like. You see their name on a tour schedule and your heart perks up a little, but you know you won’t go to see them. Maybe you have crippling anhedonia and concert anxiety like me, or maybe you just don’t want to drop $30 to $50 hear songs you don’t know the words to. Maybe you still have your old Counting Crows and Better Than Ezra CDs—I do. The first three BTE albums are actually still on the shelf in our living room—the Crows, however, have long been taking up space on the “B Squad” collection of music in the basement.

Maybe when you do find out an artist you used to like has a new album, you find it within to feign interest, only to realize that there’s a reason you stopped listening to them regularly in the first place.

If you, like, hate your life or love adult contemporary bullshit, or maybe a little of both, Somewhere Under Wonderland and All Together Now are both out at this very moment, via Capitol and The End Records, respectively.