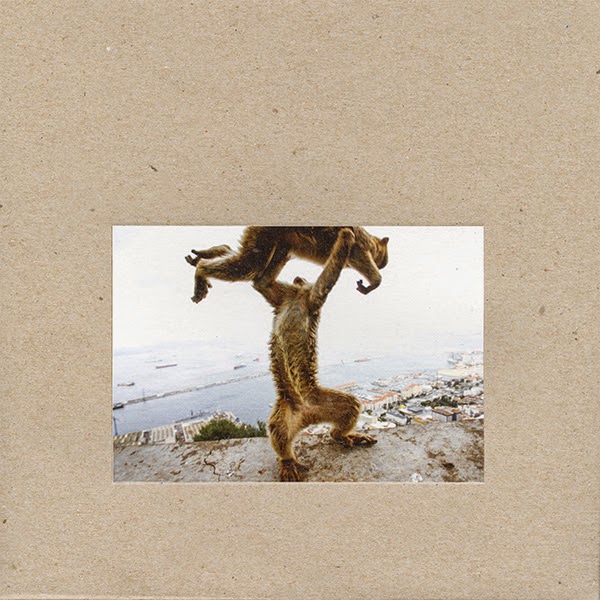 One of the fascinating aspects of a band like Shellac, and their new album Dude Incredible, is reflected in the very title—the album is called Dude Incredible. As a band, it’s refreshing that Shellac are both incredibly serious musicians, but do not take themselves seriously at all.

Co-fronted by Steve Albini, known to many as an engineer of some albums you maybe have heard of (In Utero), he is also a somewhat polarizing musical mouthpiece—famously criticizing singer Amanda Palmer for not paying her band on her 2012 tour.

And he also plays in Shellac—a band that performs and records with no regularity or on no specific schedule, as one can take away from the fact that their last record was released in 2007.

Often categorized as “post-hardcore,” or “post-rock,” or even “math rock,” or really any other nerdy sounding theoretical genres you can toss out, Shellac’s sound is both incredibly raw and unhinged, while maintaining a sense of precision and clarity. The precision and clarity come in from both Albini, and bassist/vocalist Todd Trainer’s work as producers and engineers. Dude Incredible hits hard, and even with the band’s minimalistic set up and arranging, it’s a crisp sounding record that you can tell was labored over. The rawness comes simply from the style of music, and from the aggressive style of playing.

It creates a refreshing juxtaposition, making Dude Incredible one of the more interesting to hear, and palatable albums of 2014.

As refreshing and fun as the record can be, that is not to say it isn’t without its quirks, or moments that don’t quite work as well as others. That, again, may be due to the post-rock style. Lyrically, it isn’t exactly the type of record that you can sing along to, and often times, the lyrics can leave you scratching your head. Albini and Trainer are known for their “sarcastic” lyrics and vocal delivery, according to the band’s Wikipedia page. The titular (and opening) track on the record gave reason for pause and cringe more than once, and the introduction to “All The Surveyors” was slightly reminiscent of something you’d find on that first Tenacious D album.

With that being said, though, I was surprised that a song on here resonated with me—the album’s second song, “Compliant,” features this stark verse, delivered with little to no emotion: “Clothes. Lights. Compliant/ Car. Lock. Compliant/ Count steps: Compliant/ Stove off: Compliant.”

This can be looked at in one of two ways—the first, is the idea that every task we do is just a robotic command, ending with “compliant,” after it has been completed. The second, is that for someone who may have OCD, or may get up and make sure you’ve turned the stove off, that your doors are locked, that your headlights haven’t been left on—and you double check these things at least two to three times before saying, “okay, the door is really locked,” adding the deadpanned “compliant” at the end is a way to assure yourself that this has actually happened.

Either way, the quiet/loud aesthetics of “Compliant” make it one of Dude Incredible’s strongest tracks.

There are times on Dude Incredible where the rhythmic pulsating of the bass and guitar synch up together so well that it sounds like Shellac is on the verge of writing a Tool song. And at first, when I noticed this, it was a little off putting. But then I realized that I shouldn’t be such a dick—despite Tool’s boring and proggy nature, who didn’t used to fuck with Tool back in the day if we’re all being #hunnest here? I mean I did. They were my jam back in 8th grade or whatever. So just accept the fact that parts of your musical past (screaming and shouting, math rock, etc) may come tumbling out of the closet when listening to this record.

Dude Incredible is a very brief and concise affair, clocking in at slightly over a half hour. Shellac, as a band, are someone I have been aware of for many years now, but this is the first time I’ve sat down and focused on one of their records. For anyone with even a passing interest in post-rock, or any other genre that comes after something else, it’s a surprisingly accessible affair and while I am certain that the band doesn’t really care about making new fans at this point in the career, it serves as a bit of a door opener for someone like myself, who has been interested in hearing more of their material, but just needed a place to start.

Dude Incredible is out now on the somehow partially functioning Touch and Go Records.