Album Review: A Sunny Day in Glasgow- Sea When Absent 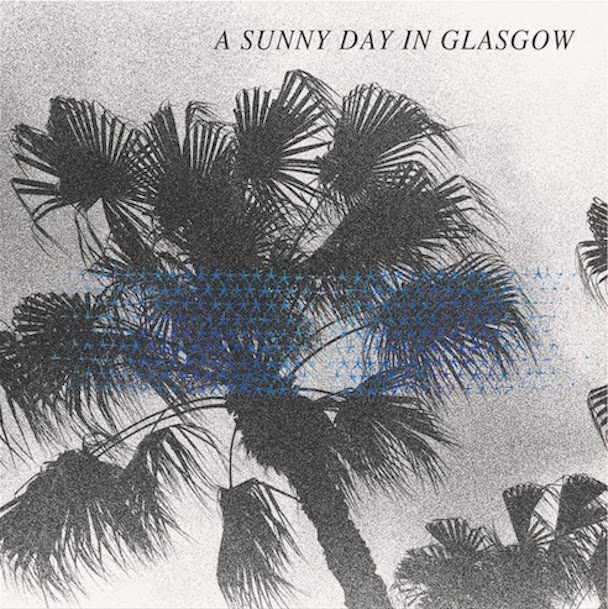 It makes total sense that on the Wikipedia page for Sea When Absent, the new album from the band A Sunny Day in Glasgow, it is noted that since “ the members of the band are spread around the world, there was never a point in time where all the members were together during the recording of the album.” While in the year of our #basedgod 2014, things like this are possible thanks to digital recording techniques, it does take something away from an album—in this case, it’s a cohesive feeling.

From the moment Sea When Absent starts, it has a weird, disjointed feeling that never really goes away. I hesitate to use the expression “hot mess” when describing it, but during the disorienting, swirling opening track, “Byebye, Big Ocean,” that is the first thing that came to mind, and for the most part, it never stops being a hot mess. As it progresses, there are certainly moments that are better than others, and songs that are slightly more successful, but as a whole, the band seems like they are never in control of the album—like they wrote these songs, recorded them, and were hoping for the best, but at any moment the whole thing could fall apart into a giant, reverby, synthesized pile of rubble.

A Sunny Day in Glasgow are often classified as a “shoegaze” or “dream pop” band, and on Sea When Absent, they borrow very heavily from the playbook of M83, at times from Passion Pit, and occasionally attempt the layered atmospherics of My Bloody Valentine. You can tell that they wanted these songs to be “big” sounding, but the issue is that they aren’t—and the record practically drowns under the weight of its own lofty, unmet intentions.

There are times when you want to encourage this record—like despite all of the flaws, you feel like the band is on the cusp of something—a catchy refrain here or there (like “MTLOV.”) You can hear flashes of it in the final three tracks: “The Body, It Bends,” “Oh, I’m a Wrecker,” and “Golden Waves,” but the fact that there is little to no depth to much of these songs keeps them from reaching the heights they so desperately want to.

Also, just an aside—you shouldn’t have to wait until the final three songs of an album to get “warmed up.” Like I understand wanting to build towards something with the way a record is structured, but that’s not the case here. It’s like the band saved the best three songs until the end, with the hopes that you’d forget how muddled everything that preceded it was.

Not helping here is the real lack of depth in the production—despite their best efforts, there is a real flat and generic quality to a lot of what is happening—like much of this sounds like it was record and then tinkered with using Garage band pre-set effects. And despite their best efforts, vocalists Jen Goma’s and Annie Frerickson’s aren’t able to obtain the ethereal feeling they are trying to achieve.

Part of me feels like I am listening to this album wrong—like I am supposed to like it, and I’m just not trying hard enough. It was recently knighted with the title of Best New Music from the holiest of holies, with P4K scribe Lindsay Zoladz giving it an 8.5, and stating just about the polar opposite opinion on it—“Music that overflows with so many ideas runs the risk of sounding cluttered, but Sea When Absent manages to avoid that pitfall. And that's pretty impressive, given the disjointed way it was recorded…” I have to wonder if we were listening to the same record.

Much like an expensive, summer Hollywood motion picture, Sea When Absent is colorful at first glance, but upon further inspection, is rather dull. All of the disorganization is incredibly distracting, and in the end, even with a few interest-piquing moments, it unfortunately fails to resonate and connect.

Sea When Absent is out now via Lefse Records.