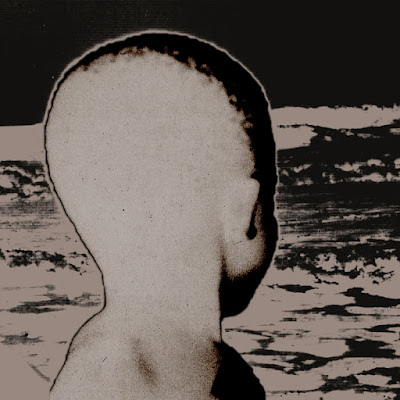 Occasionally, an album comes along that I am so enamored with, the idea of sitting down and writing about it becomes almost too overwhelming.

This doesn’t happen all that often, mind you—and in recent years, it happens less and less. But this is the case with Lil’ Big Man, the effort that is being touted as a ‘full length EP,’ as well as the major label debut, from up and coming rapper Maxo.

An effort hat I have, more or less, been listening to nonstop since it was released on March 15th, but as I place my fingers to the keyboard, I’m not quite sure where to begin.

Maxo, born Max Allen, is not to be confused1 with Maxo Kream—the gritty, Houston-based rapper who released his debut full-length, Punken, last year.

Originally from north of Long Beach, Allen released his first EP, After Hours, via an Alaska-based label, in 2015; the physical release (a cassette tape) is long out of print, but the digital album is still available on the Burnt Tapes’ Bandcamp site.

Allen released the After Hours follow up in 2018—Smile—anotherE P, also released on cassette, via Love Turl.

Spread across 10 concise tracks, and clocking in at exactly a half-hour, Lil’ Big Man is startling in a number of ways—to begin with, it’s a startling album simply because of just how good it is. And arriving roughly four years after his debut effort, it shows the surprising amount of growth that Allen has developed in a relatively short amount of time.

That, too, is startling.

Now linked with the storied Def Jam Records, Lil’ Big Man marks a gigantic leap forward for Allen—there is, of course, the presumed prestige that comes with being on the roster of what is arguably the most iconic label in the history of rap music, and the hope that the prestige will introduce him to a much larger audience than the cult following he’s developed on the internet; more importantly, though, the effort finds Allen exponentially more confident and focused on his lyricism and delivery—a very sharp contrast from the visceral, lo-fi days of After Hours, and even some of the more youthful, lusty boasting fond at times on Smile.

Lil’ Big Man, only available digitally at this point2, was announced with little advance notice—though Allen had released two singles from the project, “Time” and “In My Penny’s” in January and February, respectively. The singles, both two of the strongest on the record, serve as anchor points, as well as giving listeners the idea of how bittersweetly nostalgic and introspective Allen is capable of being—two themes he explores throughout the rest of the record.

Like any good, thought-provoking record that sticks with you long after it is over. Lil’ Big Man asks questions, but rarely does it provide any answers, or resolve. “Can I leave with the same me I came with?” Allen asks—a loaded question, serving as the opening line to “Time,” the album’s first track. “’member mama told me ‘stay you, and smile every day,” he concludes, near the end of the song.

For something dubbed a ‘full length EP,’ and for something as lean as Lil’ Big Man is, there is a lot to unpack among the music found within. Allen, as a lyricist and performer, walks a tightrope throughout, thriving on the tension between his want for optimism, but the ease with which one can be pessimistic.

“Half the shit I deal with, I ain’t in your face about—just know that ‘bout me,” he states, almost as a throwaway line, in the album’s unrelenting second track, “Strongside,” a song that, musically speaking, is rather jubilant sounding—something providing a stark contrast to Allen’s honest reflections on his struggle to succeed and how be buries his pain and insecurities.

Then, later, still within the album’s first half, he’s joined by Lojji, one of the album’s few guest artists, on “No Love.” Lojji—a musically dark, Philadelphia-based rapper—provides a bit of a sharp edge to the track, providing myriad ‘blink and you miss them’ witticisms right out of the gate—“Every dawn I’m reborn/this is my birthday—I need hella cake,” he spits. “Keep it real, I need real estate—from the tenements to a real estate. ‘Til I feel like Will out of West Phil’, and I do it like it’s Uncle Philip Banks.”

Allen, arriving in the song’s second verse, is not one to be upstaged by Lojji’s contribution—“Been through so many dark days, I’ma find a way with that light gone,” he states, before reaching the song’s refrain, which is one of the most apparent examples of that conflict within and the tightrope Allen walks as a person, and a performer: “Damn, I ain’t been living/money all in my vision/really out here tryna get it—God really my witness. Momma know I been sinning…”

Rarely would I ever say that a rap song is devastating, or even heartbreaking. Rap music can be a lot of things, but those are not the feelings you often associate with the genre. It struck me the other morning, one of many early walks on my way to work, before the sun rises, with Lil’ Big Man on my headphones, that the album’s second single, and the song that opens its second half, “In My Penny’s,” is, in fact, devastating.

Split into two sections—the latter portion, lasting for roughly the final minute of the song, finds Allen’s voice pitch shifted downward, rapping against a codeine crawl of a beat; but it’s the first section that is an absolute triumph. There is no chorus to “In My Penny’s”—it’s just an unremitting stream of conscious as Allen waxes nostalgic about his friends from the past—“I was dying when you told me ‘bout the hoes you was fucking/turned my head the other way, you got a baby today,” he confesses, prior to delivering what is probably the song’s most difficult lyric. “But know that even last place see the finish line; this that doing your homework right before dinner time—this that cleaning off your shoes for the first day of school ‘cause your daddy lost his job just a week ago. They don’t see it—but you do.”

The second half of Lil’ Big Man clips along a lot faster than you’d like it to—meaning that the album’s end, “Quicktoldme,” arrives before you’re (or at least I am) ready for things to be over.

Following a short interlude, Allen eases back into the music with the very groove-oriented “Headphones,” which boasts one of the album’s most laid back beats; this is juxtaposed against the double shot of “Crown Heights,” and “Quicktoldme,” which feature some of the jazziest, smoothest, (and still laid back) beats—the former based around a borderline sultry saxophone melody; the latter featuring the tinkling of a Rhodes piano.

“Crown Heights” finds Allen, again, in a pensive state—“23, hope I live to see 24,” he says. “Been face-to-face with the pressure, I nearly cracked on ‘em,” while “Quicktoldme” shuffles along with the help of guests Pink Siifu3 (also known as Livingston Matthews) and Liv.e (or, Olivia Williams)—both of whom are involved with the rap collective Kryptonyte.

When I tell people that I listen to rap music, I have a hard time articulating that I primarily prefer to listen to things from a different era of rap music—the early to mid 1990s, which produced some of the most timeless, classic albums of not only the genre, but for contemporary popular music as well. Rap music, as a genre, is also an overcrowded marketplace—there are a lot of performers, and very few of them are actual ‘artists’ at the craft, and it’s this simple observation that makes finding new rappers producing on a serious artistic level so difficult.

Lil’ Big Man is not some kind of throwback, or even some kind of homage, to a different era of rap. Allen is not trying to concoct beats like you would have heard on Illmatic or The Infamous. He is, however, operating on an entirely different level than rappers who are more concerned with their chart position, or how many units have been sold, are on. There are no generic trap beats, auto-tune warbles, or stuttered, triplet cadences to be found here.

It’s honest, introspective music that, at times, transcends itself and its genre, and moves the listener into an entirely different place, and while it may not be a homage to the classic rap albums from over 20 years ago, it does manage to recapture that same kind of energy, making it a refreshing, invigorating experience.

1- As a point of entry to this review, I thought about using a somewhat lengthy anecdote about the ‘Kanye To The’ internet forum; I joined the forum in 2014 so I could get onto its ‘marketplace’ message board, and bought what may or may not be a knockoff Pyrex Vision t-shirt. This was when I was, like, really into streetwear, but was also not trying to spend $200+ on a t-shirt. The reason I even brought this forum up is because, on the eve of Lil’ Big Man’s release, I was trying to see if there was anywhere I could listen to it online before I bought it the next morning, and I came across a board on ‘Kanye To The,’ where a number of boarders were, more or less, complaining that Max Allen is using a similar rap name to Maxo Kream.

2- I tweeted to Allen and he claims that there will be vinyl and cassette editions of the album, but I do not know when.

3- It is worth mentioning that I heard of Maxo, originally, because of his guest appearance on the Pink Siifu album Ensley.


Lil' Big Man is out now, digitally speaking, from all your favorite retailers.