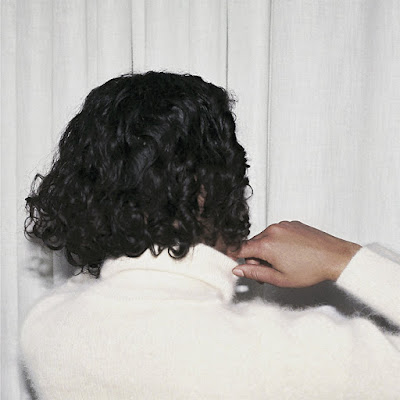 A reissue is both a way to revisit something from the past, possibly hearing something new in it thanks to revised mixing and mastering; or, it’s a way to be introduced with an artist you would have otherwise never been made aware of.

Pablo’s Eye, specifically Bardo For Pablo, falls into the latter.

Pablo’s Eye was, and possibly still is, a loose and revolving collective of performers, originally founded in Brussels, by Axel Libeert, in 1989. Nearly their entire output—six full-length albums released between 1989 and 1999, as well as a handful of EPs and singles, are all long out of print—some of which are not even available on Discogs. The music itself is, at times, difficult to really pin down to a solid description, though can be summarized, I suppose, as the space between where electronica made in the early 90s, ambient, and trip-hop all meet. From what I have been able to hear of their canon, it’s a rollicking, kaleidoscopic environment, with the tone, and affect, shifting from one song to the next.

Bardo For Pablo is the second in a series of reissues from the Stroom label—serving not so much as a proper reissue of an album from beginning to end, but rather being an anthology of selected works. It follows Spring Break, an eight-song collection that gathered together what Stroom label head, and person responsible for compiling the tracks for each respective collection, Ziggy Devriendt, called the ‘softer’ side to Pablo’s output.

Bardo, in turn, shifts the attention to the more ‘tribal’ sounding, dance oriented material—arriving as a collection of six tracks, pulled from Pablo’s Eye’s canon in the mid 1990s.

I wouldn’t use the word ‘tribal’ to describe the music contained within Bardo For Pablo, but I suppose, after a number of listens through, as well as accessing both the You Have A Yearning For Perfection EP and the long player You Love Chinese Food via my wife’s Spotify account, I can see why that word is used. I would say that the focus is more on a trip-hop, downtempo aesthetic, with all of the songs being very beat-oriented.

I wasn’t sure what to make of Pablo’s Eye at first—it took me a little while to grasp that it was part of a series, and that it wasn’t a reissue in the traditional sense of the word. And when I tried to back and listen to parts of Spring Break, I didn’t really care for them—“This sounds nothing like this other collection,” I thought. And that’s the point. It just took time for me to unpack that concept.

The Stroom reissues are patient enough to, not so much trim away the fat, but parse and restructure all of Axel Libeert’s ideas, condensing them down into manageable sizes that are organized in a way that, even though Bardo For Pablo is a compilation pulled from a number of different releases, it is still an astoundingly cohesive listen from start to finish—a fact that may be the most impressive thing all about this reissue, aside from the music itself.

The collection almost plays its hand right out of the gate—Bardo is structured around its sprawling, 11-minute opening piece, “Amb 8,” a hypnotic, pulsating variation on the track “Amb 7,” found on the Pablo full length, You Love Chinese Food—here, it skitters between an unrelenting…dare I say ‘tribal’ beat, skittering atmospherics, and a disembodied and heavily processed vocal sample. The most admirable feat that this song pulls off though is, at no point, do you feel like you are listening to an 11-minute track, and when it’s over, you kind of wish it was still going.

Because of “Amb 8”’s length, on the vinyl edition of Bardo For Pablo, the album is sequenced so that the latter four tracks appear on the album’s second side; following “8,” is the moody “Cypher NY Mix,” found on the Swim Records effort, Prepare For The Others To Follow. The track itself begins ominously, with a low synth rumble, before it builds and makes way for additional atmospherics and glitchy rhythms, all while a steady beat from a snare drum rings out like a gunshot.

The second side opens up the driving bass and unrelenting groove of “Today,” which makes way for what could easily be called the most tribal sounding of the set—the frenetic, percussive cacophony of “My Only Guide Is,” a five minute track that, quite literally, does not let go of you from the moment it begins, ensuring that you become utterly captivated by its relatively simplistic though completely mesmerizing propulsion.

Equally as mesmerizing, frenetic, cacaphonic, and driving are the deeply resonating beats and rhythms of “Self-Abandonment”—the bass line that arrives around halfway through the song is also one that will rumble from the record, through your speakers, and into your internal organs.

Bardo closes with the collection’s most pensive moment—not so much out of place when compared to the rest of the album, but it is the only track to feature no percussion at all. “I Have No Other Compass” is a swirling hazy of synthesizer tones, bending and reverberating around, serving as an epilogue, or at least, a short cool-down following the chaotic nature of the music that preceded it.

Bardo For Pablo doesn’t overstay its welcome—it’s just slightly over a half hour in length. For me, it’s almost too short, and it’s one of those rare occasions where when the needle hits that dead wax in the center, you’re sad it’s all over. However, I understand the length—it’s an exercise in brevity, for starters, but it’s also deliberate in how it was assembled, and meant to be contained to these six songs only.

Pablo’s Eye may truly have not been active for almost 20 years now—the Stroom reissue is not ‘breathing new life’ into the project, but it’s certainly generating new interest in something incredibly obscure and almost unknown, with Bardo For Pablo—a fascinating, transformative collection—serving as a fantastic entry point for both the previous anthology, as well as Libeert’s output from the 1990s.