B.G.M. x A.H. present a review of 'Interiors' by Quicksand 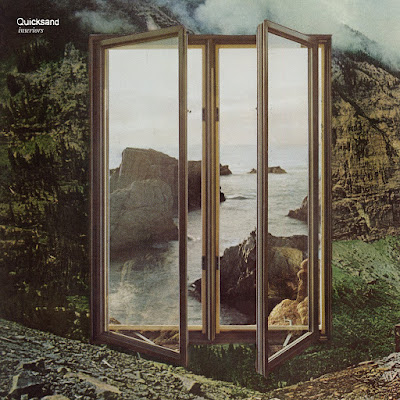 I've been writing for Bearded Gentlemen Music for, like, four years now; roughly once a week, sometimes every other week, Jon, our benevolent editor and co-creator of the site, sends out a list of albums that are open for review. He does so with the hope that contributors to the site (there are so many of them now) will chime in and say they'll take something on.

I scanned the most recent list and didn't recognize a ton of stuff on it, but after a quick sample of something from the just released album by Quicksand, I volunteered.

When he sent the album over to me, he said, "I'm interested to know what you think. I was a big fan of their 90s stuff, as I'm sure you were too so I was nervous about this one."

I had never heard of this band before in my entire life and was not aware that they had released two albums in the early 90s and then split up, reunited in 2012 and that this new album was the product of that.

Was I even the right person to be writing this thing up?

The answer may surprise you.