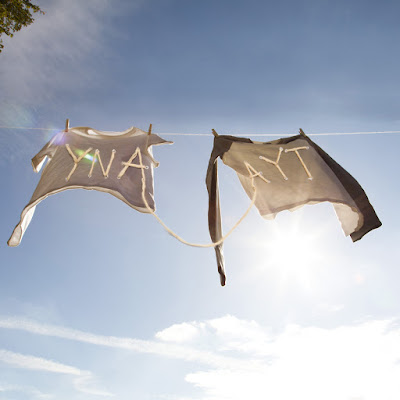 I imagine that it’s difficult writing songs—to come up with lyrics, melodies, chord progressions, arrangements, et. al. The trick of any songwriter or musician is to make it all seem effortless, but that’s more than likely not the case.

I also imagine that once you’ve written and recorded a song, and released it into the world, that song is, more or less, done. You went through all that work of writing and arranging it one time, why would you want to go back and do it again?

Sorority Noise’s 2017 opus, You’re Not As _____ As You Think, is an album about death, grief, and questioning one’s spirituality. At times abrasive and volatile, simply due to the band’s emo aesthetic, it’s a cathartic song cycle full of a surprising amount of humor, but mostly of thought provoking and brutal honesty.

In honor of the one-year anniversary of the album, and possibly as a way to say goodbye—Sorority Noise frontman Cameron Boucher recently announced the band is going on hiatus follow its spring tour—the band dramatically reimagined and reinterpreted eight of that album’s songs, rearranging them into slow burning, tender, and devastating acoustic versions.

To say that YNAAYT is a ‘night and day’ difference when compared to the original versions of these songs is an understatement. These aren’t even funhouse mirror reflections—this sounds like the work of an entirely different band; a band working in within a completely different genre.

Putting it mildly, YNAAYT may be one of the most surprising and compelling albums released in 2018.

First, I feel like I should say that not everything about this iteration works. The lyric, “It’s been awhile since I’ve seen god, and I’m not trying to lead him on; But he’s always trying to fuck me to the tune of my favorite song,” from “A Portrait Of” still makes me wince, no matter what kind of music is backing it, and not every song is successful in this new format. “Car,” arriving in the album’s second half, was not one of the strongest on the original album—and a slightly stripped down isn’t helping it here, either.

But when YNAAYT is on, and Boucher is able to find the right balance of hushed instrumentation and nearly whispered vocals, this album is almost unstoppable in the emotional toll it will take on you.

Stripped of all its frenetic guitars and larynx shredding screams, the starkness of Boucher’s lyrics are moved front and center—the meaning of the album’s opening track, “No Halo, was always clear, but now surrounded by swirling acoustic guitars, a low, rumbling organ drone, and a haunting string addition, the grief and confusion that comes with a sudden and devastating loss is exponentially more present and visceral.

The crux of the album, present throughout a bulk of the material, really arrives in its plainest form in the stunning “Second Letter From St. Julien”—it was always one of the most powerful moments on the original album, but here, it will knock the wind right out of you. “How can I believe in God if he won’t believe in me?,” Boucher pleads, his voice tired and measured, his words tumbling out over a gentle, affecting, and gorgeous piano arrangement. Then, later, “I want to get over the feeling that I’ll never be good enough.”

YNAAYT is not a total reflection of its predecessor—Sorority Noise swap out two songs from the original in exchange for a new closing track, “Windowwww,” and a cover of Leonard Cohen’s “Chelsea Hotel No. 2.”

Musically, “Chelsea Hotel” is arranged to fit in with the rest of the record—it trudges along morosely over the same echoing piano key plunks Boucher uses on “Second Letter.” However, lyrically, it’s out of place. Famously about Leonard Cohen’s brief involvement with Janis Joplin, the borderline misogynistic line, “Givin’ me head on the unmade bed while the limousines wait in the street,” sticks out terribly when the rest of the record is about death and mortality, spirituality, and anxiety.

You’re Not As _____ As You Think wasn’t an easy listen, mostly because of Boucher’s screaming vocals and the torrential ‘rock’ guitars; its counterpart, YNAAYT is not an easy listen either, but for different reasons. Musically, the band straddles the line between spectral folk and post-Mumford ‘hoot bro,’ but these aren’t easy songs to hear, no matter what genre the lyrics are set to. It’s an incredibly modern and urgent record about how the human condition is incurable, and that you can ask a thousand questions about death, grief, depression, anxiety, and spirituality, but after it concludes, it, much like life itself, provides you with little, if any, resolution.

It's about trying to laugh, or make a joke, at the expense of something serious while you are able, because the rest of the time, you'll be crying.

YNAAYT is out now as a digital download (from the band) and will be available on vinyl on March 16th.
Labels: acoustic adult emo album review cameron boucher emo new album new music new review. sorority noise YNAAYT you're not as ______ as you think