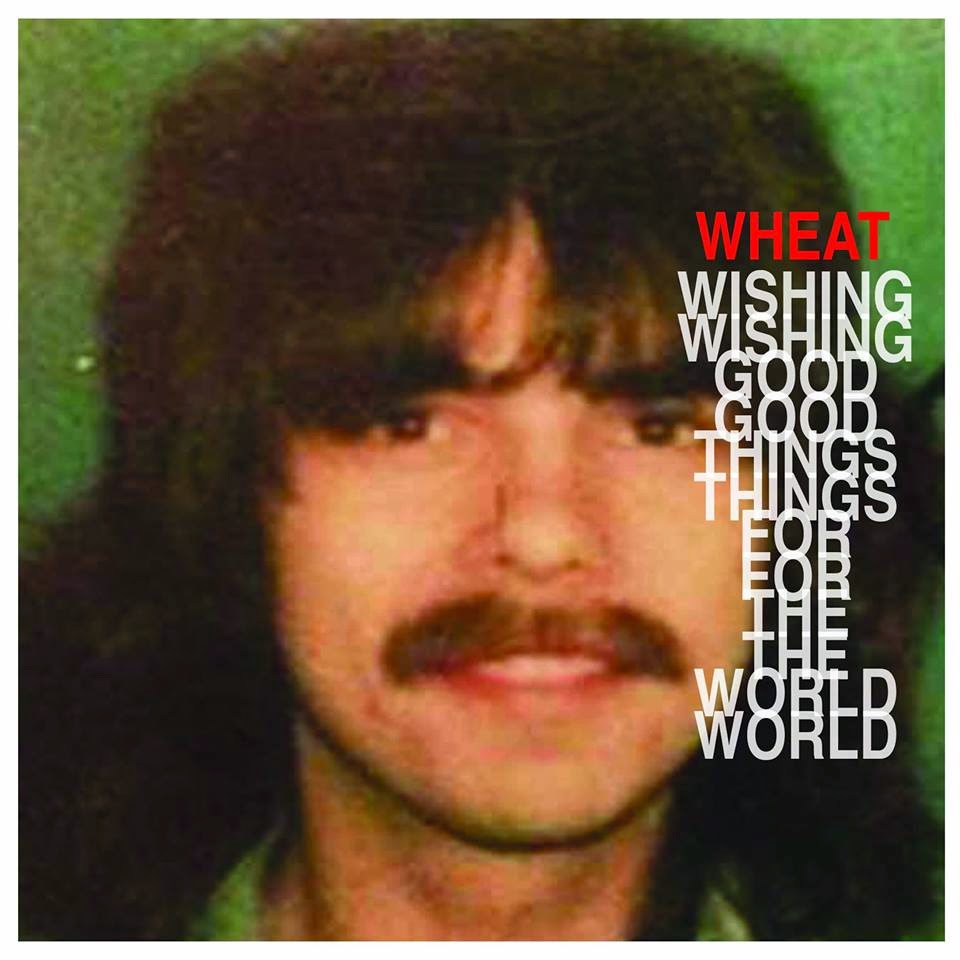 You really want to feel bad for Wheat, but they have such a positive, optimistic outlook on things, so much like they seem to do, you just have to roll with it.

The group’s latest EP, Wishing Good Things For The World, arrives, like, maybe seven or eight months after it was originally announced, and after the label it was supposed to come out on, Shorebird, put up pre-order packages for it (which were subsequently taken down.)

The effort now is a somewhat truncated, self-released affair—made available digitally from the band, and by ordering it, they will ship you packaging that they made themselves for it.

The Shorebird situation is just the latest in a long, long line of label woes for the band, originally from Massachusetts. They first encountered problems 15 years ago after inking a deal with Nude Records, which folded, leaving their breathtaking third album Per Second, Per Second, Per Second…Every Second, partially recorded and without a home. Three years later, it was released via a Columbia imprint (Aware.)

Despite tours with “larger” names, radio airplay of the single “I Met A Girl,” and late night TV stops, the album did not fare well commercially and the group was dropped, and pretty much broke up from 2004 until 2006, when they reformed as a core duo of guitarist/vocalist Scott Levesque and drummer/keyboardist Brendan Harney.

The revived Wheat saw more label problems with Empyrean Records—an outfit that managed to malign the release of the EP Exactly What I Wanted…Exactly That, by delaying it two months, and promising another EP in 2008 that it never delivered on. The only thing it managed to get right for the band was the May 2007 release of Everyday I Said a Prayer For Kathy And Made A Once Inch Square, a somewhat dark, somewhat poppy, incredibly “artistic” turn for the band.

In 2009, the band released its last full length, White Ink, Black Ink and reissued their first two albums, Mederios and Hope and Adams, touring in support of both. And the last that I heard from them was at the tail end of 2011, with a series of self-released CD singles (how quaint.)

But now here we are, in 2015, and despite all that, the band is still “wishing good things for the world,” and just going with whatever happens. If only we could all be like that.

Wishing Good Things For The World is billed as a tribute to a deceased friend/fan of the group. But not even knowing about that going in, one can tell that there is somber, introspective quality to a bulk of this material that has been missing from Wheat’s canon over the last eight years. White Ink, Black Ink and tunes like “The Used 2 Be In Love Blues” and “Getting Ready To” found the band straight up embracing the power pop that they had only dabbled in previously, and shirking that ramshackle, indie rock roughness that made their first to efforts so endearing.

Wishing Good Things actually finds a way, somehow, to combine the best things about Wheat into the course of a half hour, which is pretty impressive for a band that has evolved quite a bit over two decades. The EP opens with the jangly, beat-driven “Rescue,” blending their earliest indie rock sounds with the more gradual inclusion of chintzy technology—a balance they are able to also strike on the soaring “Finding Wings.”

Later, with “Love is the Drug We Take,” the band slows it down as Levesque explores using auto-tune on his voice, which isn’t so out of place, given the band’s penchant for “pop” music—which then leads into the unabashed pop stylings of “Two Dollar Bill” as the EP comes to a close.

Technically, Wheat haven’t released the full-length follow up to White Ink, Black Ink, though nine songs in 2011 (spread through three CD singles) and these seven tracks show that the band isn’t tapped out for material—they are just taking their time, which is funny, in a way, because it echoes lyrics from the song “Slow Fade,” on Hope and Adams:

Wishing Good Things For The World shows that the band does take its time and that they are continuing to do their thing. It’s not a huge leap forward for the band, nor is it a step back—just a comforting reminder that Wheat are still here as a functioning unit, that they are going to keep rolling with whatever happens to them, and will probably come out just fine, if not better, on the other side.

Wishing Good Things For The World is out now as a digital download with physical packaging available. Please purchase it directly from the band because they are really nice guys. Brendan Harney talked to me for, like, a really long time after a show at the 7th Street Entry in 2009 and he and the rest of the band signed a poster for me (it is in my office.) I've been wanting to write about this band for awhile now for this blog. I had meant to do a 10th anniversary think piece on Per Second because I discovered it in 2004, after the band had already called it quits. But sometimes thinkpieces don't get written. Anyway, please support Wheat.