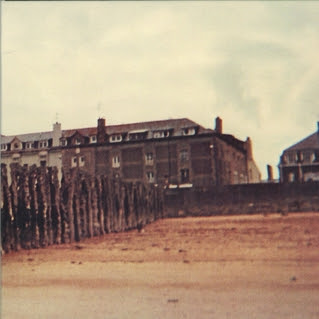 You crazy for this one, Kozelek.

You almost had me fooled with this Desertshore album—aptly titled Mark Kozelek & Desertshore. I mean, first and foremost, Kozelek—Koz. Can I call you Koz? Koz, let’s face it. You haven’t put out a good album in over five years—2008’s April, released under the full-band moniker Sun Kil Moon, was the last time I’d consider you relevant.

Then came the nylon string, classical guitar playing. And it just didn’t stop.

A friend of mine accurately refers to you as the Dave Matthews of the indie set. You have a loyal following—despite your best efforts to alienate your audience; but the true comparison comes in the excessive and unnecessary amount of live albums you release. Just this year alone, you’ve released three live albums—albums where it’s just you, plucking the everloving shit out of your nylon string guitar.

But you’ve also had a most prolific year with legit studio releases—the uneven (nylon string guitar) covers collection Like Rats, the collaborative joint you put out with that dude from The Album Leaf, and now this—Mark Kozelek & Desertshore.

The reason you almost fooled me with this album is because of your last effort with Desertshore, the mostly slept on, under the radar Drawing of Threes, put out at the tail end of 2011. Picking up the bass for once in your life, rather than the god damned acoustic guitar, you contributed vocals to six of the ten songs—and at the time, it was so refreshing to hear you playing with a band again. A BAND THAT USES ELECTRIC GUITARS.

Lyrically, it was also a wave of relief to hear you not keeping up the act as the hipster equivalent of Randy Newman—basically narrating your every move, set to song.

But now here’s this. Mark Kozelek & Desertshore. Are you for real though, B? Like are you for serious? Because this shit is just awful.

From a musical standpoint, it’s nice to hear drums and electric guitars on your album, Koz. And even though “Livingstone Bramble” is a shit show of a song, the Crazy Horse-esq guitar theatrics are appreciated.

But for real though? Why have you turned that song into what comes off your tired attempt at a diss track? You aren’t Kendrick Lamar and this isn’t your guest verse on Big Sean’s “Control.” So you don’t like Nels Cline’s guitar playing? Well don’t make such a big god damn deal out of it. Maybe I don’t like your guitar playing but I haven’t written a song dedicated to how much I hate it.

There’s the adage that you are supposed to “write what you know.” Koz, I wish you would learn some new things—have you exhausted every possible thing you know about, and are stuck in this awful “real life” songwriting rut?

Jesus fucking Christ, Mark Kozelek. How much do I not give a fuck?

Koz, I’m sorry your cat died. I know that kind of loss is terrible—but damn B. Your cat went to “kitty heaven?” Ayo, are you like a parent trying to explain to a young kid where animals go after they pass away? You could have had like, a legit real talk moment here, but way to go buddy. Way to cheapen that.

Koz I’m sorry that you’re all busted up about Jason Molina’s passing. I’m more sorry that you contributed a piss-take of a cover of “It’s Easier Now,” to the Molina tribute album that was curated earlier this year.

Koz, bro, you’re making my cringe here. Like I am wincing as your voice comes through my headphones—you “sat around, finger fucking your phone,” in “Seal Rock Hotel?” Well, I guess I’ve never heard it described that way before. And now that I have, I feel like I have to shower off.

The bottom line here is that I get it—you are trying to let us know how difficult it is to be you. That it sucks being a moderately successful musician who tours. That you’re 46 years old, and you’re tired. Look I understand okay? We get it. We all get it.

And yes it’s sad that Tim Mooney from American Music Club passed away last year. Koz, buddy, I understand that you’re getting older and your sister has kids, and all your friends have kids, and you’re feeling maybe like life has passed you by.

But I think the clearest message present on Mark Kozelek & Desertshore, is that rather than the introspective songwriting and impressive story telling you mastered with the Red House Painters, and with previous Sun Kil Moon albums, you would just prefer to keep things humorous now, and read from pages of your journal. 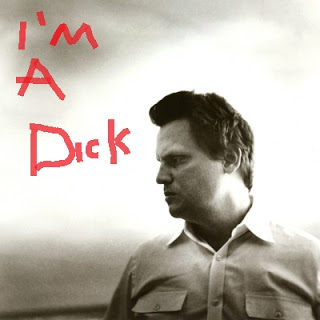 For the longest time, I tried to be a Brett Easton Ellis apologist—his shenanigans on Twitter eclipsing the talent he had. His most recent book, 2010’s Imperial Bedrooms, was kind of eh? And eventually I had to stop following him on Twitter once he started taking shots at David Foster Wallace—there were a lot of problems between the two of them in the halcyon literary heyday of the 1980’s. The problem is that DFW has been dead for five years, and so Ellis just looked like an asshole, running his mouth about a dead person.

The reason I even bring any of this up is because I worry that I’m going to run out of patience and that I won’t be able to a Mark Kozelek apologist anymore. It’s been five years since I’ve legitimately cared about a Koz project, and you can only go so far on exhausted good will.

There are two incredibly telling song titles on this album, and I think it sums it up well, whether this was intentional or not.

The first being “Hey You Bastards, I’m Still Here.” Referencing a Steve McQueen line from the film Papillion, reading in to it, it’s easy to see that even while the haters are gonna hate, it’s not going to bother someone like Mark Kozelek; a performer who is legendary for how he insults his audiences. In the mid-1990’s, label politics held up not one, but two, Red House Painters albums, while in the interim, promptly getting dropped from the major label they were on at the time. His voice is nowhere near what is used to be, but it doesn't matter; Kozelek is winking and saying that he is, in fact, still here.

The second being the song “Sometimes, I Can’t Stop.”

If this is as truly self aware as I imagine it to be, maybe he should find a way to do so.