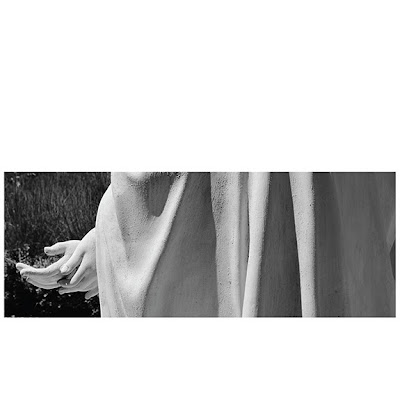 With an album title like Hell on Earth, I was expecting something pretty harsh.

Earn’s latest LP, however, is anything but. What it is, instead, is a statement of beauty—reassuring, melancholy, and gorgeous.

Trying to find any information about Earn on the internet is a difficult task. A something search for it will give you insufficient results. Earn is the moniker of Matthew Sullivan, and Hell on Earth marks a rather dramatic shift in style and sound.

Sullivan’s work as Earn first popped onto my radar last year once I had immersed myself completely in the underground network of tape labels—copping the Down The Well cassette from Monorail Trespassing. That release is just straight up harsh noise. There’s no other way to describe it.

2011’s A Following Shadow expands on that harsh sound—and throughout the course of the LP, Sullivan explored ominous tones, as well as antiquated, disconcerting synthesizer patterns.

Hell on Earth begins with the sprawling title piece, clocking in at 15 minutes. It’s a swirling, cavernous, and lonely sounding loop of warm sounding strings—while it begins and ends fully intact, the overall atmosphere conveyed is akin to that of the Tape Loop Orchestra or William Basinski. “Hell on Earth” sounds like the exact antithesis of its title—a hypnotic layering of sounds, it grabs a hold of you instantly and when the track ends, you're actually disappointed that it’s over.

Separated by a brief, one minute interlude, the second half of the record begins with the ominous, unrelenting “Stray.” Beautiful and unsettling, it’s reminiscent of the score to “Twin Peaks”—the kind of background music used when something bad was about to happen.

Hell on Earth ends with “Skyscraper,” a meditative conclusion that I would describe as being on the cusp of sounding hopeful.

While ambient/experimental/droning isn't for every listener, anyone should be able to hear the splendor in these pieces. Sullivan has shown that there is room for growth and maturation within the boundaries of an instrumental genre.

Hell on Earth is available now as limited edition white vinyl LP, or as a digital download, via Bathetic Records.