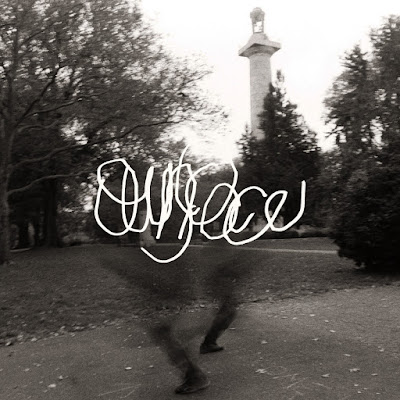 Medhane doesn’t want you to describe his music as ‘sad.’

The rapper, originally from Brooklyn, and born Medhane-Alam Olushola (it’s pronounced ‘Mehdonny,’ also) recently tweeted that he didn’t really fuck with people trying to frame his music as ‘sad.’

“Yal need to learn some new adjectives,” he implores.

Olushola’s music, specifically the material found on his recently released debut full-length, Own Pace, isn’t ‘sad,’ per se—it is stark, though, and incredibly pensive. There is a borderline ominous cloud that casts a very long shadow over the record, occasionally lifting, but the palpable sense of unnerving, emotionally driven tension, remains.

Own Pace, spread across 12 tracks, is painfully short—clocking in at around a half hour; though, we should be thankful, as listeners. Olushola’s two previous releases (under his own name) were EPs issued in 2017 and 2018, with respective running times of 10 minutes, and 14 minutes. But as a lyricist, a performer, and working within the soundscapes built from the stable of producers who have hands in Own Pace’s aesthetic, even with as dark as it is capable of being, it’s the kind of album that is so good, and more importantly, so compelling, that you’re disappointed when it comes to an end.

The album opens with what may be one of its best sounding songs—woozy, dramatic, and haunting production thanks to Olushola’s peer Caleb Giles, and his close friend Jasper Marsalis, who, at one time, was a member of the genre-free collective Standing on The Corner, but now produces similarly difficult to classify music under the name Slauson Malone1. “Trauma and Grace” begins with a sample of applause, tucked in underneath a somber, chilling string accompaniment, jittery and trudging percussion, and a warbled, eerie piano sample—there’s nothing else quite like it on the rest of the record, and it is wildly, almost uncomfortably hypnotic, in the way it wraps itself around you.


It, as a song, more or less serves as a mission statement, or the thesis, of Own Pace, with an unrelenting and harrow opening line: “In between tomorrow and today—sunshine and I’m in the shade. Stress be in my way—I can’t express the pain…isolated days,” because even when the darkness does lifts, and the tone of the record temporarily changes, it’s still a very dense, difficult, human, and complex listen.

The dark tone and themes of Own Pace are, obviously, very apparent, but doing a little bit of research about the creation of the album also helps understand where both Olushola was coming from as he began working on this project, as well as where he is going now—in an interview with the website DJ Booth, Olushola explains that, following his graduation from Carnegie Mellon in Pittsburgh, he returned to his native Brooklyn, plagued by a loneliness, that led to stress, and depression that working on the album, and spending more time with his tightly knit group of friends and collaborators, helped him get out of.

Olushola’s willingness to be open about his mental health problems may come as a surprise to some, but given the company he does keep, it really isn’t all that surprising. One of the many disciples of Earl Sweatshirt—it was just a year ago that Earl himself uttered the line, “I think I spent most of my life depressed.” And it is Olushola’s close friend and collaborator, MIKE (who appears both as a guest artist and producer on Own Pace) who regularly raps about his own mental health. Rarely do you associate rap music with this kind of honest, unabashed vulnerability, and the trust that the artist puts in the audience, but on an album like Own Pace, and in the voice of someone like Olushola, it’s absolutely refreshing to hear, and it makes the album all the more accessible to someone like me, who lives with debilitating depression and anxiety.

While the topic of mental health runs throughout Own Pace, Olushola returns to it directly in the album’s second half, on “Grapefruit.” Over a chopped up, dizzying, swooning soulful beat, he, again, sets the tone almost immediately—“Dealing with some feelings I can’t shake,” the track’s opening line, is incredibly commanding and brave, with the rest of the song breathlessly unfolding after that.


“Can’t read me like some cursive2,” one of the album’s most clever lines (and a reference to the penmanship scrawled on the album’s cover) arrives as a near throwaway during the glitchy, energetic “Smallsteps.” The line, though, is followed by, “Stress put me through the worst shit—new burdens.” Olushola returns to that glitchy energy on the chopped and skittering “Whispers,” which was released as a single a number of weeks prior to the album’s arrival, as well as on the MIKE feature, “Looking 4 Runtz.”

With roughly eight producers involved in various tracks, including Olushola using his own “AFB” producer alias, there is a surprising amount of cohesion from song to song—the focus on specific lyrical ideas and themes certainly helps with that aspect. Even when the pacing changes between something frenetic (“Smallstep”) to something somber and slow (“Bloody Knuckles”), nothing included on Own Pace sounds out of place, or like it isn’t part of the insular world created.

It is worth noting the juxtaposition of calling a song on the album “Trauma and Grace”—a song that includes the lyric, and as it should, “Both the trauma and the grace mine.” It’s a fascinating concept, isn’t it? Trying to accept both something horrible and something wonderful, and once that lyric really resonated with me, I realized how similar it is to an idea that I encountered earlier in the year—the idea of accepting both joy and grief, and allowing them to coexist.

The very notion of it was pulled from an Instagram post from The Holistic Psychologist, and one of my closest friends3 had shared the post in her own Instagram stories. We had a very short, unfinished conversation about the concept of allowing both emotions, or states, to coexist; and it’s an idea that I found myself returning to, a few months later, when writing about the latest album from Nick Cave and The Bad Seeds—a collection of songs, written in response to the death of Cave’s son, that finds him trying to more or less write his way out of his grief, and figure out a way to move forward, as best he can.

Own Pace, in the end, offers no real easy resolution or answers. Presumably written and recorded in a short span of time following Olushola slowly making his way out of his mental health issues, there is a palpable sense of urgency from beginning to end, as he tries his best to make peace, or at least find some kind of comfort, in allowing both trauma and grace, and grief and joy, to exist together somehow. It’s a beautiful, thoughtful statement, providing a longer showcase for Olushola’s talent, and reminding people that rap music can be far more artist, and far more intelligent and clever, than it often gets credit for.

1- Medhane and Slauson Malone have released two collaborative efforts—one in 2015, and the last in 2017. Greys in Yellow, the first LP, is only available to stream via Soundcloud; Poorboy, the second, is still available to download from the somewhat difficult to navigate Slauson Malone website.

2- A personal aside: my handwriting is fucking terrible, but about two years ago, as a weird joke thing at work, I started writing in cursive. And if I take the time and concentrate, my cursive is perfect.

3- Shout out to Andrea, who always reads to the footnotes.

Own Pace is available now as a digital download from Medhane’s Bandcamp page.