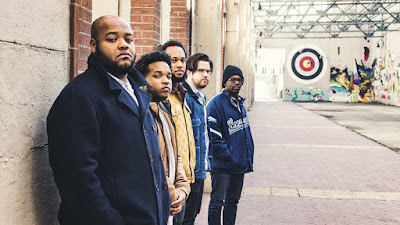 Whatever you want to call it—being the artist, or band, that plays before the marquee name people paid money to see isn’t an easy job.

Comparably, I haven’t been to that many concerts in my lifetime, but I’ve been to enough to have suffered through some truly awful opening acts (Shapes and Sizes, opening for The National in 2007); but, in contrast, I’ve also seen some incredible bands who nearly upstaged the main act (The Frames, opening up for Damien Rice in 2004.)

In those very rare, or seldom occurrences, when the opening act is compelling enough to grab your attention, you almost instantly become a fan—you remember their name, and look them up once you’ve gotten home; or, if you’re smart, you use the time in between sets to run to the merch table and support them through buying a t-shirt, or a record.

The opening act has to be the kind of band that is okay with playing to a crowd that is, more than likely, not there to see them, and will probably be filing into the venue, or talking with friends, during their set.

Last fall, my wife and I went to see Kamasi Washingtonperform at the Palace Theatre in St. Paul. Opening for Washington and his band on the entirety of the tour was Butcher Brown—a five-piece, similarly minded in sound outfit, based out of Richmond, Virginia.

Though, prior to seeing their name on the ticket as the ‘special guest,’ and prior to the drive up to St. Paul on a Wednesday evening, I knew very little, if anything, about Butcher Brown. I had gone onto their Bandcamp page very briefly, and was slightly confused about why the currency listed for their two most recent releases, 2017’s Live at Vagabond, and the just issued Camden Sessions, was in Great British Pounds.

But that’s as far as I got—I don’t even know if I sampled any of their music before the concert.

By the time we got to the Palace Theatre, the doors had been open for an hour, and it was just slightly past the 8 p.m. showtime, and as my wife and I were let into the building, I could hear the faint, boomy echoes of Butcher Brown from the stage. When we walked up the venue’s stairs, and found our seats, the band had just finished their raucous first song.

Butcher Brown played for roughly 45 minutes, and by the end of their blistering set, I had become a believer. They hadn’t upstaged Kamasi Washington, but their blend of hard and heavy funk, R&B, and jazz, coupled with their virtuosic abilities and charisma on stage made them compelling enough, and memorable enough, that I ran down the stairs as they started to tear down their equipment to grab a CD—the band’s debut, All Purpose Music, and the Camden Sessions LP, from their side of the lengthy merch table.

In the days that followed, as I was slowly making my way through a rather sprawling write up of the concert, I began researching Butcher Brown, and its members, and discovered the group’s trumpet and saxophone player, Marcus Tenney, had a number of other endeavors—including what was, more or less, a just released solo album, Moment, issued under the ‘Marcus Tenney Quartet’ moniker.

I have no musical abilities what so ever, which is something people find fascinating considering just how much I claim to like music, or claim to know about popular music. And while jazz, as a genre, is something that I like, it is not something I am spectacularly well versed in—however, I presume that if you are a jazz player, you more than likely need to be very diverse in your abilities.

Spread across Butcher Brown’s Camden Sessions, and Tenney’s own Moment, there is quite a bit of diversity—and aside from Tenney himself, his Quartet features Butcher Brown’s bassist Andrew Randazzo. And where Butcher Brown’s tightness in sound relies on the group’s ability to pack heavy funk grooves in with jazz sensibilities, Tenney’s work outside of the band is steeped heavily on what you could call a more ‘classic’ jazz aesthetic.

Aside from the overlap in personnel between Moment and Camden Sessions, there is one more similarity the two releases share—they are each four tracks long. With the case of the Camden Sessions, it doesn’t feel all that brief: the pieces included in the set are sprawling enough in their length that by the time you’ve reached the conclusion, you don’t feel like it’s arrived too quickly. This may also be due to the fact that the Camden Sessions is, in a sense, a live album—it was recorded live at Mark Ronson’s Zelig Studios, and then was cut live to disc at Gearbox Records in London via an all-analog signal path.

The whole mythos about the album’s recording process is slightly gimmicky, and while it is a live album with no audience, it is also a follow up of sorts to Butcher Brown’s last full-length studio effort, 2017’s The Healer—the songs featured on Camden Session are not just re-recorded versions of previously issued tracks, save for “Fiat”—an early, unfinished version of which appeared on the group’s ‘beat tape’ from 2016, Virginia Noir.


Tenney’s Moment, however, even with songs that are longer in length, seems shorter by comparison—like it’s the kind of record that isn’t at the risk of overstaying its welcome, and could have had more to say with the addition of a few more tracks. 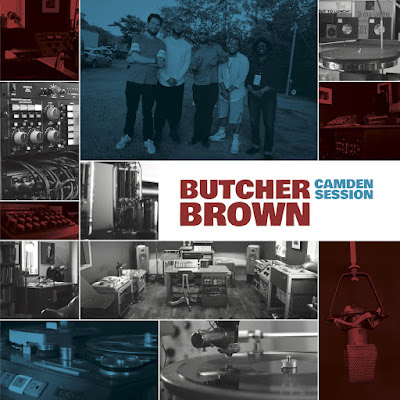 Camden Sessions, sequenced with two songs per side, wastes no time in getting down to business. If it’s your first time listening to Butcher Brown on record, it’s perfect snapshot of where the band is at now—five musicians who have been playing together for a relatively short amount of time, yet have such a strong musical dialogue between themselves that even before “Fiat” is over, you can’t help but marvel at the group’s tightness as a unit, as well as their individual abilities. Jazz, as a whole, is about grandstanding, but each member is either given the opportunity to have the focus, momentarily, within a song, or at least, with the way the band was mixed during the performance, is never overshadowed by the rest of the group.

Camden Sessions is, from beginning to end, about keeping a certain level of energy going—“Fiat” is a strong opening track that provides great examples of how the group is able to roll all of its influences up and produce a sound that is so invigorating; “Street Pharmacy,” the second track on the album’s first side, finds Butcher Brown sliding into a slinky, stuttering, and rollicking groove, driven by Andrew Randazzo rumbling bass lines and drummer Corey Fonville’s ability to keep the song’s rhythm going strong, even as he occasionally adds some flare within the patterns he bangs out from behind the kit.

The album’s second side sees Butcher Brown slowing things down slightly with the very, very smooth sounds of “Camden Square,” a track that prominently features Tenney’s horn playing; Camden’s closing track, “918,” is also steered by Tenney’s command over the trumpet, but the song is also powered by the impressive electric guitar work from Morgan Burrs—unassuming on stage when I saw the band play live, Burrs is anything but when it comes to the way he effortlessly, and damn near flawlessly glides his fingers across the strings.

In contrast, Tenney’s Moment is not so much ‘reserved’ sounding, but it is exponentially less freewheeling in nature. It’s a collection material that is deeply rooted in the style of jazz that one, probably, typically thinks of when they think of traditional jazz—e.g. the work of Miles Davis and John Coltrane from the late 1950s.

Tenney’s choice of instrumentation for his Quartet is interesting; foregoing the standard horn, bass, drums, and piano that you so often think of with jazz like this, he’s opted to include guitarist Alan Parker in lieu of piano—Parker’s nimble, clean sounding work adds what you could call a dreamy quality to the pieces that, perhaps, arrangements featuring a pianist would otherwise not.

And while Moment is bookended by its most rollicking, or loosest pieces, what Tenney and his assembled players seem most focused on is the somber quality that jazz music—specifically this kind of jazz—has. It’s a surprising turn, given just how much fun it sounds like Butcher Brown is having from the moment they begin playing; here, the emphasis is on the slow burn, and the melancholic.


The album’s titular track is perhaps its most melancholic in tone; it’s also Moment’s shortest composition, running a sparse four minutes and change. Tenney and his group bring things to a simmer, as he and Parker share the duties of playing an absolutely haunting melody that runs throughout a majority of the track; they continue that mournful quality on the following song—the aptly titled “Loss.”

If you can acclimate yourself after being introduced to the juxtaposition in sound and style between both Moment and the Camden Sessions, you will get a sense of the very robust musical culture in Richmond, Virginia—a culture that is steeped, in part, in funk, R&B, and jazz, as well as a sense of the diversity with which the players involved in that culture have developed. Both efforts are incredibly rewarding listens in their own way, and if anything, serve as a gateway to the additional recorded output of Butcher Brown and its members.