I listened to three ambient albums from the members of Sigur Rós and all I got was this 1,600+ word thinkpiece 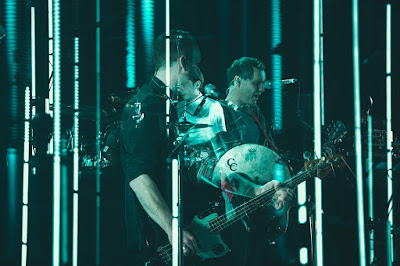 Sometimes I think about Sigur Rós.

I think of the band that I discovered through a fateful viewing of the hypnotic, unsettling video for “Svefn-g-englar,” or “Sleeping Angel,” the iconic, sprawling track from the band’s third album, though many consider it to be their debut—Ágætis Byrjun. It was maybe a week or to after September 11th, 2001. I was in my first year in college, watching the video unfold, while the girl I was involved with at the time, and her roommate, were legitimately arguing because some cable networks hadn’t resumed regular programming following what occurred. Her roommate just wanted to watch The Food Network, and couldn’t.

Sometimes I think about Sigur Rós—and the band that made up a language; singing in their native Icelandic, on their 2002 album, titled ( ), frontman Jonsi Birgisson performed in a phonetically based form of singing he dubbed ‘Hopelandic.’ I think about how they managed to get the songs “Hoppipolla” (“Hopping into Puddles,”) and “Sæglópur” (“Lost at Sea”) into countless commercials, television shows, and films—and how the album these are both from, 2005’s Takk… debuted on the Billboard charts at #27.

Sometimes I think about Sigur Rós, and how they, more or less, became restless following the release of their 2008 album, With A Buzz in Our Ears, We Play Endlessly—the following year, Brigisson issued a mostly instrumental and very ambient album, Riceboy Sleeps, with his partner Alex Somers; and the year after that, Brigisson went solo, releasing the ambitious and arty pop record Go, reconvening with the band in 2012 on the release of Valtari—a strange, dense, and surprisingly rewarding collection of eight songs, assembled from abandoned and scrapped recording sessions.

The last real Sigur Rós record arrived five years ago—Kveikur—dark and heavy, it found the band working as a three piece after the departure of multi-instrumentalist Kjartan Sveinsson. So what has Sigur Rós been up to since then?

For a number of years now, they’ve been teasing a deluxe reissue of Ágætis Byrjun, though that has yet to materialize; in 2016, they released a one-off single, “Óveður,” and that same year, they toured material both new/unreleased and old with an elaborate, two-set live show, as well as a unveiling a very complex online experience called “Route One,” where the band drove around Iceland’s 1,332km Ring Road, broadcasting the entire trip on YouTube, soundtracking it with generative music software as they went.

At the tail end of 2017, the band curated a festival in Iceland, offering limited edition vinyl LPs to those in attendance. They claimed that the LPs would be available to a wider audience at the beginning of 2018.

That, however, was not the case.

The LPs—including an out of print Jonsi & Alex EP, a soundtrack to “Route One,” an unreleased Alex Somers LP, and a collection of remixes, titled Liminal—were made available in small quantities at record stores in Europe for Record Store Day; left overs were put up on the band’s American record label website for a short time a few days later, and sold out immediately.

In what can be seen as a consolation prize of sorts, as well as a more puzzling move on the band’s part, two of the four LPs are available to download, along with an expanded edition of Liminal.

Sigur Rós have always embraced ambient sounds within their work—I mean, their maligned debut, Von, is more or less a sound collage, and there are plenty of quiet, introspective moments throughout their canon. However, it goes without saying that these releases are for only the most dedicated fans—they less about songs, or even music, per se, and more about an immersive experience, though as digital downloads, they aren’t exactly immersive. 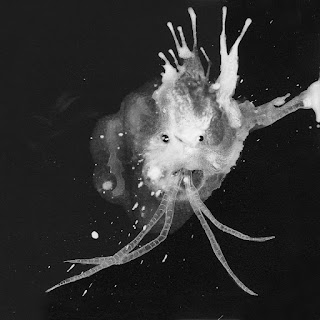 The Route One album arrives as eight tracks, all of which are named with geographical coordinates. Pulled from the “Route One” live stream, these are the best moments of the sonic manipulations, assembled together to be consumed in one sitting. It begins rather ominously, and you know what? It remains rather ominous, or at the very least, unnerving for a good portion of it, with a number of the pieces being structured around wonky synth patterns or low, sweeping, rumbling drones.

Some familiar sounds do creep in on the fifth track, as you can hear a comforting e-bowed electric guitar—very similar to the untitled fifth track on the band’s ( ) album (the song is also known as “Alafoss), which serves as a way for the album to move out of the more unsettling tones, into something a little more glistening and dreamy like Route One’s sixth track, though they backtrack into a glitchy, tense environment on the seventh piece, before descending into a sequence of warbled vocal maneuverings on the final track included. 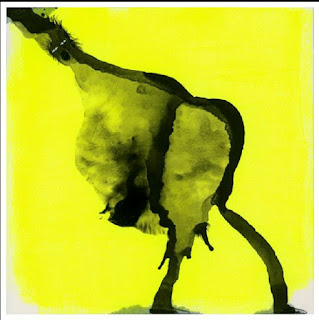 Not to be outdone by the ambient, often ominous atmosphere created by Route One, the band—or at the very least, Jonsi himself, has taken part in curating Liminal; and now this requires a little bit of explaining.

The album itself is the first in what the band is calling an ‘endless mixtape,’ and it serves as the soundtrack, of sorts, to ‘sound baths’ that Jonsi and Alex Somers are hosting. I think that sound baths are supposed to be some kind of cool, immersive experience, but after letting Liminal play through a number of times in various situations, I presume a Sigur Ros curated sound bath is probably the stuff of nightmares—or, at the very least, not something incredibly relaxing or reassuring.

In a sharp contrast to Route One, the pieces included on Liminal are a little more recognizable, and lean slightly more into ‘song’ territory, though they are all still very, very ambient and experimental in nature, with material pulled from Sigur Rós’ canon, as well as Jonsi and Alex, composer Paul Corley, and a new solo Jonsi track, “Above, Below.” Sequenced toether in a seamless run, the tracks are all heavily remixed and manipulated to accommodate the “Liminal” sound bath experience. 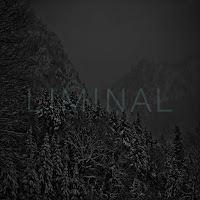 As a whole, it’s less unnerving than Route One, but the music and additional atmospherics sprinkled in throughout make it thrive in the give and take between something mildly comforting alongside something really, really unsettling—e.g. the glitchy, skittering “Above, Below,” which is one of the less ill-omened pieces included, slides directly into something from Paul Corley—“Flux,” which is nearly five minutes of static pops, and a very low, menacing rumble.

It does seem worth mentioning that the songs that appear on this digitally released ‘endless mixtape’ edition of Liminal are different from those that were included on the special edition vinyl released at the band’s Icelandic festival, or the vinyl sold on Record Store Day and on the XL Recording site in limited quantities.

Similar to the two aforementioned releases, though exponentially more playful or at least less menacing in tone, is the reissued All Animals EP from Jonsi and Alex—originally released on CD as part of a limited edition version of their Riceboy Sleeps album, the EP, comprised of two long pieces and one interlude between them, has always been available as a digital download from the Sigur Rós website; however, it was never pressed onto vinyl until last year, again as part of the releases available at the band’s festival, then later for Record Store Day in Europe.

Outside of the Sigur Rós website, it’s now widely available in the iTunes store, with updated cover art, and is presumably remastered. 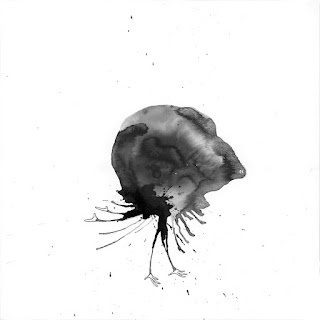 The Riceboy Sleeps project was maligned upon release; Sigur Rós themselves nearly always critical darlings, the Riceboy Sleeps album was given a paltry 5.3 out of 10 by Pitchfork. It’s not always an accessible album, and it took me roughly two years to really approach it and begin to appreciate it for what it was. In a sense, it was a gateway album for me to get into more ambient and experimental music, and all these years later, I’m still in awe of the way that the two were able to capture a terrible, bittersweet nostalgic feeling in some of those songs.

Split into three “Chapters,” All Animals is, out of the three efforts featured here, the one that lends itself most to a moderately casual listen. “Chapter One” is assembled into two very distinct movements: the first of which is a manipulated and jaunty piano progression that makes way for a sudden and somewhat dark shift into a steady drone that carries through until the end, when it begins to fade into static and crackles, indicating the passage into “Chapter Two.”

“Chapter Three” has more manipulated sounds, but in this case, it plays with Jonsi’s voice, oscillating various vocal noises and phonetic sounds around and around for 11 minutes until it winds itself down to an end.

Sometimes I think about Sigur Rós; the band’s Wikipedia claims they are currently working producer John Congleton on a new album, though with their sound baths and festivals, I’m not entirely sure when a new record may materialize, and the band has not really provided any updates.

Sigur Rós don’t make music for everybody—in college, a lot of my friends just didn’t understand what the hell I was listening to when I’d put one of their records on. Sometimes I think about Sigur Rós, and how the ( ) record, and Ágætis Byrjun were both incredibly important to my musical development when I was in my late teens, and I think about, as a whole, how transcendent and mesmerizing of an act they can be. I think about that, and how I’ve carried that with me.

These three releases are not for everybody, and I’m not sure just how hard core of a Sigur Rós fan you have to be to get anything out of these. There are certainly interesting or innovative moments in each, but at their core, they lack the emotional weight of what the band, or even Jonsi on his own, is capable of producing.