Hang Up Your Sock 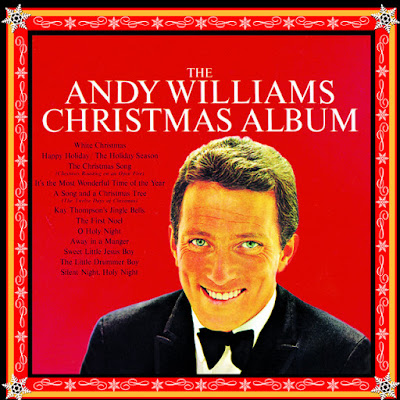 Outside of all of my writing, five days a week, I work in the produce department at Just Food Co-op. I have for the last 14 months, and it's been an incredible experience. I've learned a lot, I have met some hilarious and wonderful people, and most importantly, I am exponentially less miserable and stressed doing this than I was when I worked at the newspaper.

At Just Food, there is both a podcast that Vicki, the social media coordinator hosts, as well as a bi-monthly newsletter/magazine that's available in the store.

In some kind of effort to insert myself into more areas of Just Food, I had expressed interest in being involved with both in anyway that made sense. With The Compost (the newsletter), rather than be assigned a story, or a topic to write about, I said I would just put something together and turn it in. If it worked out, neat; if not, I totally understood.

It almost worked out. I wrote 800+ words about holiday ennui, and it almost made it in, but was cut because the issue was running long. But, because I think Vicki liked the piece enough, she said she would put it online as a stand alone thing, running alongside an episode of the store's podcast, The Hotdish, where I would discuss trying to take care of your mental health during the holiday season.

Vicki, bless her heart, hustled to get the podcast edited together (I talked a lot) so it would be up before December 25th, and it just went live this evening. So take a listen right here.

As for the piece that I wrote....it's a loose and updated adaptation of something I wrote during my final year of college, but the overall conceit has stuck with me since then.


Hang Up Your Sock - a holiday anecdote

Many years ago, I had what you could consider a minor emotional breakdown in a department store.

This was when I was younger—in my early 20s, during my final year of college, right before Christmas. I was back home for five weeks on holiday break, and I had gone to ShopKo (a tier down from Target, a tier up from Wal-Mart for those unfamiliar) to try and procure gifts for my mother and her fiancé.

I was standing in the candle aisle of the store, and I don’t know—it just all caught up with me, as it tends to do. Maybe it does for you too, especially during that time of year. Coupled with the stress of an uncertain future after I graduated, I was at a loss on what gifts to buy, and was overcome by this terrible pressure to come back with something, despite the sudden and apparently crushing realization about just how futile it all really was.

Overheating in my bulky winter coat, clutching a cylindrical piece of wax, I think that this may have been the first time I felt a holiday-induced ennui.

And then I heard it.

Playing on the speakers above me was a Christmas song I had probably heard countless times before, but this was when it—and its insipid nature—registered with me. “It’s the holiday season/With the whoop-de-do and hickory dock,” Andy Williams sings with a goofy, jovial affect on his delivery. “Don’t forget to hang up your sock.”

“Happy Holidays/The Holiday Season,” as sung by Andy Williams, is still a trigger for me, even well over a decade later—it takes me right back to that December afternoon in 2004, standing in a department store, slowly being overtaken by a terrible emptiness that, unfortunately, has been nearly impossible to shake in the years that have followed.

The thing about ‘the holiday season’—the big holidays, the ones that come at the end of the year—is that they aren’t about you, and it’s difficult to keep that in mind. It may take you some time to finally understand that. It takes empathy and patience, and the occasional reminder from your spouse or partner when you momentarily lose sight of the fact that this isn’t ‘your’ holiday.

Someone else is driving; you are along for the ride, and you cannot, despite the urge to do so, say anything about the festive brick wall everybody seem to be careening toward.

I’ve lived a bulk of my adult life well aware of, and attempting to reconcile, my terrible and at times debilitating anxiety, so it’s become a condition that I am able to recognize in others—whether they recognize it in themselves or not. And the unfortunate thing about ‘the holiday season’ is that it is an almost unlimited source of anxiety for people.

Nobody wants their family holiday gathering to be a series of mishaps; no, you want everything to be perfect. The perfect meal is planned, labored over in the kitchen for hours, and then served—all of the elements ready (and still hot) at the same time. You want to give the perfect gifts—the ones that make the recipient’s face light up with delight and surprise once they open it.

You want all the members of your family around you at all times to bask in the warm holiday glow.

The stark truth is that you want a house full of friends and family, but having a house full or bodies makes you edgy—but you want them there anyway, even though you’ve run out of places to put them. The truth is that some element of the holiday dinner—perhaps the main course—won’t be read at the same time as everything else, your guests will be hungry, and you will lose your temper when something is cut into or served too early.

The truth is that someone will be on the receiving end of an unflattering sweater, and they will have to feign excitement over it as they internalize the desire to a) take it back immediately, or b) put it in the back of the closet and forget about it for forever.

As I’ve grown older, I have not been able to understand why people put so much pressure on themselves for everything to be perfect during ‘the holiday season.’ They get so wrapped up in preparing and stressing themselves out that they forget to exist in the moment—they’re at the table eating the meal with everyone, but their mind is already thinking about a million other things that have to happen.

I know I’m guilty of it too—not taking the time just exist in the moment. It becomes entirely too easy to get ahead of yourself.

This year, as your relatives stress about the meal being ready, or traffic on the way to the airport, try to find some small comforts in knowing that they are probably happy you are there in the moment, even though they are choosing to exist outside of it. They are trying. We are all trying. We all try to find the patience and the empathy.

We all try to remember to hang up our socks.