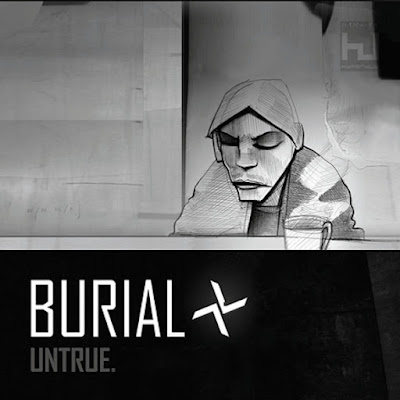 Everything turns 10; everything turns 20. At some point, not all that long ago, I was reminded that Burial’s groundbreaking second LP, Untrue, is celebrating it 10th anniversary this November. Stereogum already ran a lengthy thinkpiece about it in their ‘The Anniversary’ section, and Pitchfork—not usually a site to succumb to nostalgia, published a very verbose piece by Simon Reynolds, who dubbed it the most important electronic album of the century.

I guess I never really think of Burial as ‘electronic music,’ but that’s an easy way to describe it someone who has never hear of him; I feel like Will Bevans, the man behind the enigmatic name Burial, transcends easy categorization with what he does.

It’s also thanks to Pitchfork, 10 years ago, that I even became aware of Burial. Chances are I would have heard of him eventually, but the 8.4 rating and ‘Best New Music’ title at a time when the site was still championing things on the fringe and cutting edge, certainly helped push me in this direction faster.

Untrue also represents the conclusion of Bevans’s first phase as Burial—he has, as of yet, to release another full length album, and after remaining relatively quiet for, like, four years, he began releasing EPs comprised of three pieces—often lengthy, mutli-movement compositions that defied expectation and categorization.  This phase then concluded at the end of 2013 with his magnum opus, Rival Dealer. Since then, his output as Burial has been spotty at best—but maybe we’re expecting too much from him, or want something specific from him that he is, at this point, unwilling to give us. 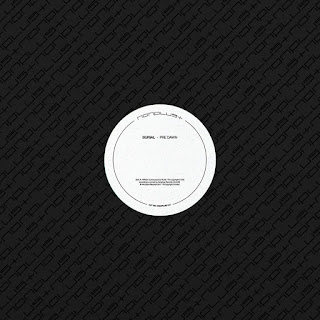 Coincidentally arriving at the 10-year anniversary of Untrue, Bevans has returned with a new two-track single, “Pre-Dawn” and “Indoors,” and strangely, it is not arriving via his longtime home, Hyperdub.

You can’t say that either track is a ‘return to form’ for Bevans as Burial, because there is no form to return to, though in comparison to his single from earlier this year, “Subtemple,” as well as last year’s “Young Death,” both pieces found here have slightly more direction and structure.

“Pre-Dawn” begins like most Burial tracks do—with that metallic clanking sound, and some faint static and crackling. Once you get around 25 seconds in, Bevans is clearly not here to fuck around; “Pre-Dawn” goes hard. Spooky and atmospheric aren’t exactly the kind of thing you are going to hear in the club, but the drum beat is simple and frenetic, and the wailing synthesizers that run throughout are unrelenting—it somehow manages to keep this pace for nearly seven of its eight minutes. “Pre-Dawn”’s coda turns up the static and distortion, as both hopeful, then mournful synthesizers play you to the end. “Take me to the dream world,” a disembodied, croaking vocal sample commands in these final moments, as the dissonant cacophony overpowers everything else. It sounds like you’re trapped inside a television, receiving nothing but static, desperately trying to hear what’s on the other side of the screen.

“Indoors” is also unrelenting in its nature. Primarily constructed around a pitch-shifted sample of someone saying “Loverboy all night long,” the song begins with a brief moment of misdirection—it opens with a very moody, solemn piano sample before shifting gears completely into the aggressive territory it remains in throughout its running time. It took me a while to figure it out, but “Indoors” is reminiscent of pre-Fat of The Land-era Prodigy in its sneering, free-wheeling nature.


That portion of the song concludes around the six minute mark, and it returns to that solemn piano twinkling and static, riding that, as well as some additional manipulated vocal samples, until the end.

“Pre-Dawn” and “Indoors” aren’t terrible, but much like Bevans’ output as Burial in both 2016 and this year, it’s not memorable or, more importantly, moving. There’s a cathartic and visceral nature to Rival Dealer and Untrue that is missing from these pieces—they’re jus kind of flat, stopping short of becoming a footnote when someone discussing his output.

Part of Bevans’ allure as Burial is the way he operates—he literally works in the shadows, and he produces music on his own schedule. His prolific, two year streak from 2011 to 2013 was admirable, but now I worry he’s not sure what kind of statement he needs to make next, or if there is still anything left to say. Other singles he’s released as of late give the feeling that he’s just going through the motions right now, and possibly attempting to find where he and his music belongs.

You would worry that an electronic music album released a decade ago would have aged poorly, however, Untrue has a timelessness to it that is difficult to put into words. It’s only aged in the sense that Bevans matured beyond writing music like that shortly after the album’s release—it doesn’t sound dated because it’s ‘old’ per se; it sounds dated because it’s Burial from 2007, a sound that is drastically different than other, slightly more contemporary material. In 2007, Untrue was an innovation; it was like nothing else I had heard up until that point. In a sense, it still is—there is that sense of wonder as it opens with the unnerving tension and sample pulled from David Lynch’s Inland Empire and then the album’s first ‘real’ track, “Archangel,” begins to unfold itself.

I used to describe Burial’s music as ‘the soundtrack to a nightmare directed by David Lynch.’ I’ve heard much spookier and unsettling things in the last decade, many of which are still by Will Bevans. But that uptempo, danceable, and accessible drum beat, skittering away in back of moody synths and those frenetic pitch shifted vocal samples—it still is incredibly evocative.

The thing about Untrue that still works a decade later is that it’s comprised of tension and release—a give and take, if you will. It was sequenced with this in mind, because Bevans knew when to loosen the grip slightly by inserting an instrumental, ambient track—some of which are among the finest on the album, like the very solemn sounding “In McDonald’s” or the moody, sweeping “Dog Shelter.” Given the importance of these pieces within the context of the album, I’ve always found it a bit odd that the original 2007 vinyl release of Untrue omits the ‘beatless’ tracks, something that Hyperdub only thought to rectify nearly a decade later on a re-release.

As Burial, William Bevans didn’t invent ‘dubstep’ as a genre—he brought it into the lexicon of more listeners, then wisely abandoned that classification once it became bastardized shortly after Untrue caught on. Call it what you want: electronic music, grime, 2-step garage, ‘Night Bus,’ et. al—there are moments where he transcends it all, creating something otherworldly and captivating. Untrue finds the space between innovation, imagination, and accessibility. It’s never confrontational or even difficult—never keeps you at an arms length the way his later compositions would.

Another element that makes Untrue so timeless—something worth revisiting and celebrating, is its mythology. Built using the somewhat clunky Sound Forge software, Bevans wrote and produced the record during the middle of the night in an effort to truly capture the feeling that he wanted. He perfected using out of context, manipulated vocal samples—adding another layer to the already intricate groundwork he began on his self-titled effort, released just one year prior.

Longtime fans of the Burial moniker may want Bevans to return to this kind of a project—a proper album comprised of more manageable and palatable material. It’s clear that he has little to no interest in that, and it’s clear now he has no interest in returning to the multi-movement compositions released on three song EPs. What does Bevans have interest in? It’s tough to say, but at this point, we should be thankful he still has interest in making and releasing any music at all, even if some of his recent output has bordered on what you could call ‘diminishing returns’ (i.e.- the somewhat confounding one-off single “Rodent,” released in September.)

It becomes a bit of a case of ‘he’ll give us what we need; it may not be what we want,’ we will, at the very least, have these moments, like Rival Dealer and Untrue: powerful things that take us back to the first time we heard them, have grown with us to now, and will carry us through to the future.