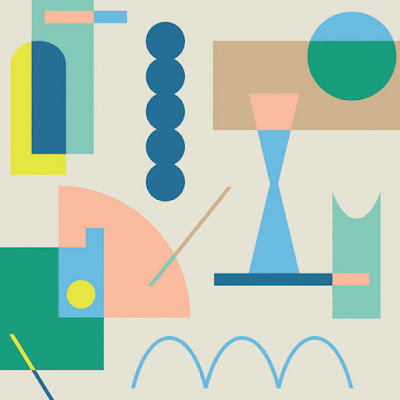 For a while now, I’ve been attempting to find some kind of solace, or peace—but, as of yet, I have not been able to.

Usually, it’s in the morning when I’m aware this is something that I am trying to find, while I am on my 15 minute walk to work. Save for the sounds of traffic once I actually make it out of my neighborhood, and am headed towards the ‘downtown’ area of my small town, it’s very quiet, and sometimes incredibly still. If anyone asks why I continue to walk to work in the morning, especially now1, I say that I need the exercise2, but also that I use it as a time of ‘silent reflection.’3

It was the winter of 2018 when I began this practice, and for a bulk of the first few months, I opted to listen to ambient droning—primarily, almost every morning, “Opium,” the 15 minute and change opening track from Christoph De Babalon’s chaotic 1997 effort, If You’re Into it, Then I’m Out of it, which had been reissued at the top of 2018. A haunted dirge that only grows in unnerving tension as it unfolds, if I started it after I locked the door behind me, it would last all the way until I reached the employee entrance at work.

For a while now, I’ve been attempting to find some kind of solace, or peace, and in trying to find that, I’ve been returning to ambient compositions from Andrew Hargreaves’ project, the Tape Loop Orchestra4, specifically his masterful 2012 release, In A Lonely Place, and the long form, stand alone piece, “Yesterday, This Would’ve Meant So Much to Us.”

I’ve been attempting to find some kind of solace, or peace—but, as of yet, I have not been able to.

In listening to the new solo effort from Argentinian composer and performer Federico Durand, Alba—specifically when I listen to it at home, on my turntable, I’m reminded of time, a number of years ago, when I had been listening to his first release for the 12k label, A Traves De Espejo, on my stereo; and at the time, something about it—uncertain what, exactly—but some sound within the record’s fabric had upset our companion rabbit, Annabell, and she loudly, and angrily, thumped5 in both fright, and presumably, disapproval.

This personal aside made it into the review of the record, at the beginning of 2016, and I remember when I shared the post on social media, Durand himself commented something to the effect of that he felt bad Annabell had been frightened, and he hoped that she was okay.

In a sharp contrast, our cat, Ted, is nearly unbothered by Alba, only slightly taking notice during “Ua,” when Durand creates a brief, warbled loop of his daughter Maria Luisa singing a whimsical melody, and during “Un gato escondido entre las plantas,” another very short piece, mixing a symphony of crickets chirping in the night air, gently plucked instrumentation from one of Durand’s myriad toy pianos or music boxes (sometimes it’s hard to tell), with the plaintive meowing of a cat.

Taking its name from a Spanish word that describes ‘the moment when the first light of day appears, before the sun rises, and all things become magical,’ Alba is Durand’s return after his late 2018 effort, Pequeñas Melodías, translating roughly to Little Melodies—an aesthetic that Durand has thrived in for the last few years of his solo career6. Alba, spanning 14 tracks and running roughly 40 minutes, finds Durand working more fragmentally than he has in the past, or at least in recent memory. The pieces, many of which are shorter in length than on previous Durand outings, all have a very self-contained feeling to them—like moments captured, representative of that aforementioned time before sunrise, and with that being the conceit of Alba, then it is presented less like an ‘album’ in the conventional sense of the idea, and more like a collection of ideas, or sketches, some of them lingering for a little longer than others, with many of them creating beautiful soundscapes that you can absolutely get lost in, all before the slip through your fingers and fade into the ether.

As fragmented as the pieces on Alba may come across as, there is still that underlying sense of comfort, and the hypnotic way that Durand crafts his work—they are all still intrinsically ‘him,’ meaning all the trademarks are there, and even when a piece may lack the structure or clear direction that is found within pieces on past efforts, a bulk of Alba is still gorgeous—kind of haunting and melancholic, always beautiful, and completely captivating.

The album begins, fittingly, with its titular track—a flickering, slow rising two minutes that shimmer and glisten, with Durand really taking his time, plunking out and looping a charming melody that, as it resonates, really does work as an audible interpretation of the album’s conceit—that moment, before the sun rises, and all things become magical. This, after the tape static fades out, gives way to the warbled, off kilter “Faroe Islands Postcard,”7 which is among the album’s most melancholic, or bittersweet, in the way the rippling sounds of the piece’s main instrument intermingle with the light twinkling of chimes.

As the first side of the album unfolds, “It Began to Snow” sees Durand steering his shimmering and rippling loops into, not so much ‘ominous’ territory, but there is something very eerie and kind of unsettling about the layer of tension he creates—it dissolves, though, with the reversed, slow swirling, warm pools of loops on “A Small Forest of Lengas.” He returns to this structure for the album’s fifth track, with a title that I believe roughly translates to “The Unpublished Poetry of Aina Adelborg.” It is here that Durand introduces a juxtaposition between sounds and melodies—running an antiquated, decaying synthesizer line in tandem with the original loop, crafting a feeling, similarly to what he does at the beginning of the album’s second side, with “Tape-loop para Otti Berger,” which blends warbled, manipulated samples with gentle, acoustic guitar plucks—feelings, or sounds that are a trademark of his past work, making these among the most rewarding, comforting on Alba.

“The Box of Photos and Memories,” which is perhaps the most Durand title on the record—he thrives within the idea of melancholic, warm nostalgia—is also quintessential in its sound, with a distorted loop of a music box coming in and out, beginning, cutting out, and beginning again, creating a gentle, swirling sensation; and the album’s longest track, “Luna Moth,” also works with the the aesthetic of somber, reflective, nostalgia, with tape hiss threatening to overtake the way the piece is mixed, as a contemplative, somewhat heartbreaking melody plays off in the distance, like it’s a transmission from a ghost. Sonically different than the rest of the record is “Jasmine Tea,” and is reminiscent of some of Durand’s other work, specifically his 2017 effort, also for 12k, The Junco Girl, due to its use of warm, dreamy synthesizer tones.

Alba concludes quietly, and not so much unceremoniously, with “Moss Garden, which, much like “Luna Moth,” sounds like its being performed from another world all together due to the way it is presented. Mixed down to be so very quiet, and distant, within it’s partially reversed, and every stumbling forward in a rhythm twinkling, it is, maybe, the most fitting way to conclude the album—an album based around quiet moments meant to underscore, or represent, a specific time of the day when all things become magical.

For a while now, I’ve been attempting to find some kind of solace, or peace—but, as of yet, I have not been able to, and at this rate, I am uncertain if it'll ever happen. Durand is right, of course, about the time just before sunrise being a place where all things become magical. I can see glimmers of it on those morning walks, toward the tail end of winter, and into early spring, when it’s still dark, but not too dark, when I leave the house. Sincere, maybe a little uneven, but in the end, very thoughtful, Alba is, much like the Tape Loop Orchestra pieces I’ve returned to, or Durand’s bountiful canon, capable of serving as the soundtrack to whatever kind of solace, or peace, you are able to find for yourself, whenever and wherever you are able to find it, and however long you are able to hang onto it before it, much like the loops constructed within these pieces, fades away into the distance.

1- I say ‘especially now’ because for the last three months we have been living in a pandemic and my wife has been working from home and literally never leaves; she has little, if any, use for our car, and I could take it to work, but I choose not to.

3- This is a reference to a line from the first season of “True Detective.”

4- I’ve written about a lot of T.L.O releases since Anhedonic Headphones was launched in 2013, and In A Lonely Place is truthfully one of my favorite records of the last decade, and I think about the first ‘movement’ of “Yesterday, This Would’ve Meant So Much to Us” literally all the time. I’ve played both of those at work, at a computer in the back office, and both times someone else has come into the room, I’ve offered to turn it off, or down, and they have both commented on how calming the tone set by the music has been. So shout out to Andrea and Delanie for knowing the vibes.

5- It’s worth mentioning that when rabbits are upset or startled, they thump their two back feet loudly against the ground. It’s truthfully like nothing I’ve ever heard, and you really do not want to hear it.

6- I just want to clarify that Federico Durand puts out records on his own, under his own name, but also often collaborates with other, like minded, ambient composers, releasing albums under a ‘group’ name, or as a duo.

7- At this point I just want to mention that all the song titles are in Spanish and I am using Google Translate to crassly come up with loose English translations.