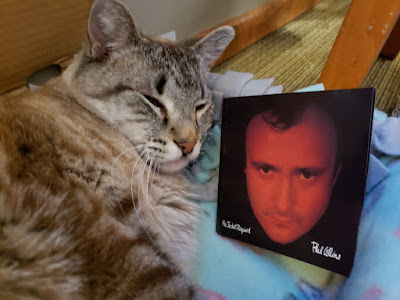 If you know me personally, and have known me for, like, over a decade or whatever, or if you remember why I started this website and started seriously writing about music in the first place, you'll know that I used to work in radio.

The short version is this: from 2008 until 2014, I was provided an opportunity to produce and co-host a weekly radio show on Saturday mornings that was, by the end, very loosely associated with the Northfield Union of Youth, a youth-run youth center in Northfield. I worked there for a year in my mid-20s, started helping out with the show, the radio station liked what I was doing and how I handled working with the teens, and kept me on, and therefore the show kept going. By the end, it became less about the youth center, or 'youth issues,' and more about jokes, and a handful of people trying to have a good time for an hour. It was never easy, sometimes it wasn't fun at all, sometimes I think we were wildly problematic, and in the end, it concluded unceremoniously, with a decision made while we were taping an episode, not to come back. The show ran its course.

In between this period of time, I managed to use whatever clout I had built up with the station and was given an hour, every weekday, from 3 to 4 p.m., to play music and talk about the music I was playing. It was called 'The After School Special,' and it ran from March of 2010 until December 2012. The show was always an extension of myself, and when I began having a more difficult time working through mental health issues I was having throughout 2012, it became pretty clear that I was simply too depressed to be on the radio. I walked away, and I started this blog.

Someone, and I don't remember who, but it was recently, asked me if I missed being on the radio. And in the seven years that have passed, it is safe to say the answer is no. Not at all. I don't miss it.

One of my guests on the second season to the Anhedonic Headphones Podcast was my friend, former co-worker, former editor, and current radio personality Rich Larson, the host of The Weekly List, a high concept radio show on the station I used to work at. After how well our episode turned out, he invited me on as a guest to talk about Phil Collins, in an episode that aired on Phil's birthday.

The show airs every Thursday at 7 p.m. on KYMN Radio, 95.1 FM or 1080 AM, or online at kymnradio.net; our show was preempted by high school hockey, but was broadcast after the game was over, I guess. But it also lives online, forever, where you can listen to it here!