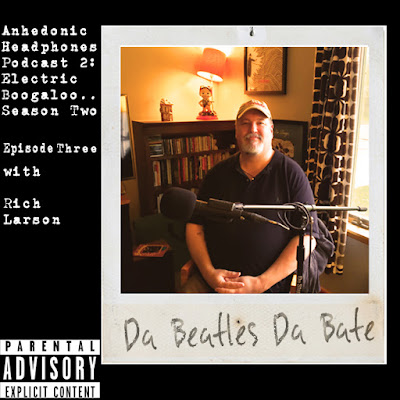 The second season of the podcast has been about pushing it further as a format for discussion and conversation, and getting to know my guests a little better, or at the very least, learning more about them; it's also been a chance to diversify the format. It started out as me talking to my co-workers, but there was nothing that said I couldn't branch out and interview other people that I am not currently working with, or people that I've never even worked with at all.

Today's guest, Rich Larson, is a former co-worker from our time at the newspaper together; he was also my editor when I was writing for the Southern Minnesota Scene and The Next Ten Words. In a sharp contrast to the first two episodes of the season, he picked five songs instead of the ten that the other two guests this season have, but we still had a delightful and insightful conversation.

You may listen to this episode of the podcast via the little streaming doodab below, subscribe to it in Apple Podcasts, in Google Play, on Spotify, or read the extended liner notes for the episode via Podbean.