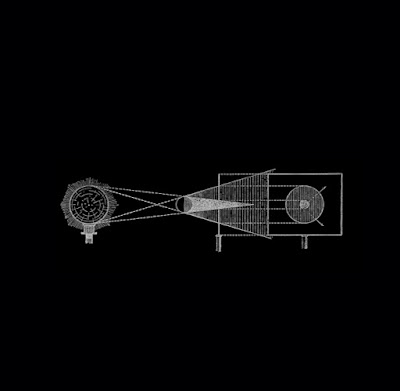 The idea of listening to over three hours of music from the Tape Loop Orchestra is incredibly comforting and reassuring; the idea of writing about that three hours of music in an articulate way and not just using the word ‘evocative’ a number of times, is something else all together.
Pulling together pieces recorded over the course of the last three years, TLO mastermind Andrew Hargreaves has taken the project to the next level with his most ambitious release yet—Solar Light Emissions is a 3xLP, 2xCD boxed set that includes three new ‘albums’ on vinyl (Illuminating Emission, In Our Light, and Solar Lunar), along side two CDs—alternate mixes of four of the six pieces found from the LPs, and an alternate take of last year’s masterful The Invisibles.

Dropping digital versions of it into iTunes alphabetizes the albums, so we begin with Illuminating Emissions, comprised of two 17:17 pieces that are aptly titled. “Illuminating” treads into familiar territory sonically speaking—grounding the entire piece is a dusty, decaying warbled sound, as various tones and other sounds—some organic, some inorganic—ebb and flow throughout the running time of the piece.
“Emissions” takes things to a slightly more sinister sounding place. Beginning with very low swell, creating an unsettling tension, then switching gears about six minutes in, heading into a very different place—somber and pensive. It’s an impressive feat, one that Hargreaves manages to pull off a number of times on all the pieces collected here, and one he’s done a number of times before when composing as the Tape Loop Orchestra. Somehow, he’s able to make you so lost, so captivated by what you are hearing, you forget how it began by the time you wind up at the end. 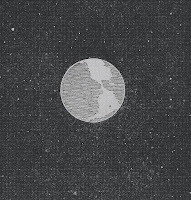 Sometimes Hargreaves makes music that seems like it would serve as the score if your life were an incredibly dramatic film. There are plenty of moments like that on Solar Light Emissions. In Our Light opens with “To The New Light,” a pieces that merges gorgeous, melancholic, bittersweet string swells with a borderline ominous low rumble—all of which continues to build throughout, almost becoming too much and too emotionally pulling at some points. The second side to this LP, “And The Light is Ours,” has a similar cinematic appeal—burning slowly and dramatically (think Max Ricther’s “On The Nature of Daylight”)—before it swirls away in the trademark Tape Loop Orchestra resolve.
“Solar” is one of the collection’s finest pieces—but specifically, the alternate mix of it featured on the CD. There’s much more clarity in the way its presented, and it does away with the skittering white noise that opens the track, and runs underneath the very warm, deep sounding strings. Shortly before the halfway point, on the Solar Lunar mix of the track, the piece descends into warbled dissonance, and then things take a decidedly spooky, dark sounding turn. The CD version is even more unsettling to hear, but the switch into nightmarish, Lynchian territory arrives well after the halfway point.
The companion piece, “Lunar” is another TLO composition that pulls a surprising 180 halfway through. Beginning strong, with a tension that builds, there’s a resolution that arrives six minutes in, and it ushers in a reserved, bleak, and lonely conclusion. 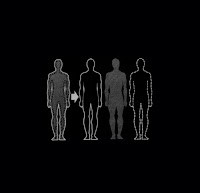 A late addition to the list of my favorite albums of 2016, The Invisibles found Hargraeves collaborating with vocalist Beth Roberts—her ethereal phrases drifted throughout both pieces on the original LP. It does seem worth noting that Roberts and Hargreaves actually have worked together on another project—the esoteric pop group The Mistys, but this marked the first time he worked vocals into a TLO piece.
Originally released on vinyl and digitally, the two sides to The Invisibles are presented here as one seamless track. It’s labeled as an alternate mix, but save for the very unnerving, pitch shifted voice at the beginning, there is not much else that is noticeably different between what was released last year, and what is presented here: it, much like this entire collection, is sweeping, grand, and of course, evocative.


Three hours of music by the Tape Loop Orchestra can be a lot to take in at once, so if you are going to look into an endeavor like this, it may be wise to split it up album by album and ease your way in. It is all too easy to become lost and entranced by the compositions Hargreaves has saved throughout the last few years for inclusion on this collection. I’ve been following this project since the beginning of 2013, and did some backtracking to listen to the earliest TLO releases—as an experimental music performer, Hargreaves continues to grow and mature in the way he assembles these incredible moments of sound, and the ambition behind Solar Light Emissions really takes things to a completely different level, both the concept behind the set itself, as well as the music found within.
Solar Light Emissions is a limited edition, self-released boxed set and chances are, by the time you read this, it will be sold out. So either wait until it shows up on Discogs, or hope that Hargreaves will sell each LP individually in the future.
Labels: album review ambient andrew hargreaves boxed set experimental new music new review solar light emissions tape loop artist tape loop orchestra the invisibles