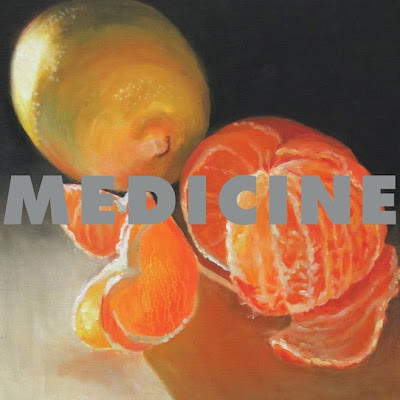 So the first single off of this Medicine reunion album, “Long As The Sun,” was announced a while ago. So long ago, in fact, that I kept forgetting that this was a record coming out this summer, and that it was one that I was looking forward to hearing.

Medicine were a lot of things—an American shoegaze band, a Los Angeles rock band in the early 1990’s, a group that gained some mainstream notoriety as well as a cult following, etc. When I listen to the first two Medicine records, conveniently reissued last year by Captured Tracks, I hear the heavy influence of My Bloody Valentine, but it’s very clearly been adapted to fit within a pop music structure—catchy, up tempo songs, that just happen to be really abrasive at times.

I think I mentioned this when I did a “Hot New Joint” piece on “Long As The Sun,” but it’s probably worth mentioning again—Medicine’s high point, or at least most commercial high point, came with the 1994 motion picture The Crow—a slightly remixed version of the band’s song, “Time Baby II,” was featured on the life-changing soundtrack, and the band themselves make an appearance within the film. 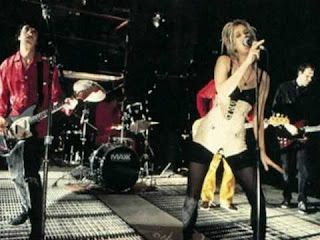 The original line up of Medicine apparently hadn’t been in the same room together since 1995, and they reconvened to work on the earlier mentioned reissues of Shot Forth Self Living and The Buried Life. The work on sifting through archival material turned into sessions for new songs—and the work of ten new songs became To The Happy Few.

Upon an initial listen of the album, my immediate response is that Medicine is just trying way too hard. Like it seems as if they are going out of their way to recapture the sound of the original material—sonically (blown out guitars, compressed drums, tremolo-y vocals,) as well as structurally—erratic direction shifts. In comparing this to the other big shoegaze reunion this year—My Bloody Valentine’s third album, mbv, To The Happy Few lacks the urgency that MBV were able to capture. I stop short of saying that Medicine’s efforts are boring, but the lack of pop hooks and overemphasis on cool production tricks detracts from the record, and sadly, makes this a little forgettable at times.

After 18 years, it’s cool and unexpected that a band like Medicine has returned—so don’t get me wrong. To The Happy Few isn’t a bad record. And I’m certainly not trying to stifle the creativity of the group—I certainly wouldn’t want this to be a phoned in, half assed rehashing of their first two landmark albums. I think the problem lies in the fact that this record fails to harness a specific feeling.

For example—on The Buried Life, the song “Babydoll” is certainly abrasive on the ears, but its also one hell of a pop song—concise and infectious. And maybe it’s because, you know, nearly two decades have passed it by, but a song like that certainly captures a moment in time—early 90’s Los Angeles, torn jeans, motorcycle jackets in the hot summer sun. That, as well as so many others off The Buried Life evoke such a strong vibe, so it’s a tad bit disheartening that To The Happy Few comes up short in the “vibe evoking” department.

It’s unclear if this is just a one-off reunion, or if this marks the return of Medicine. Thanks to My Bloody Valentine, and Captured Tracks’ “Shoegaze Archives” reissue series, bands like this have been embraced by an audience that was too young to enjoy them the first time around (like myself, I guess, really.) To The Happy Few is worth at least one listen, but unfortunately, it’s not an essential or a required listen.